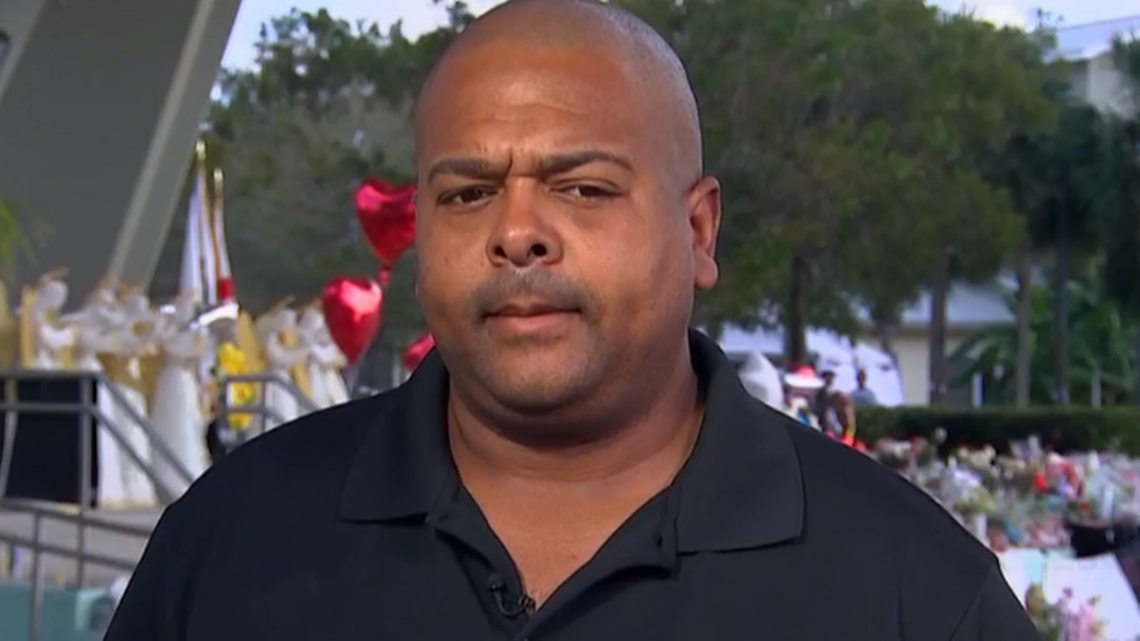 Simpson is one of the teachers who said he’s willing to arm himself while on duty at school. Florida lawmakers thought it would be a good idea to let teachers carry guns in school, so they allowed that in the “Marjory Stoneman Douglas High School Public Safety Act.” (CS/SB 7026: Public Safety)

Per the sheriff’s report, Simpson said it was an accident.

By the time he realized that he left his loaded gun behind, a drunk homeless Florida man had already found it and pulled the trigger. The bullet hit a wall.

The MSD chemistry teacher was arrested and charged with failing to safely store a firearm, a second-degree misdemeanor. After posting a $250 cash bond he was released.

He’s still an employee, and no disciplinary action is expected to be taken, reports Local 10. Simpson said that carrying a weapon around did not violate school board rules.

To counter the new legislation allowing teachers like Simpson to carry guns around at school, The Broward School Board unanimously voted against arming teachers, foregoing its portion of the $67 million allocated statewide to implement the Aaron Feis Guardian Program.

[…] Teachers can now carry guns into school, playing into our laughable “Gunshine State” stereotype. One Parkland teacher who offered to carry in the classroom accidentally left his loaded gun in a public bathroom at the beach. Some Florida Man picked it up and shot a wall. […]