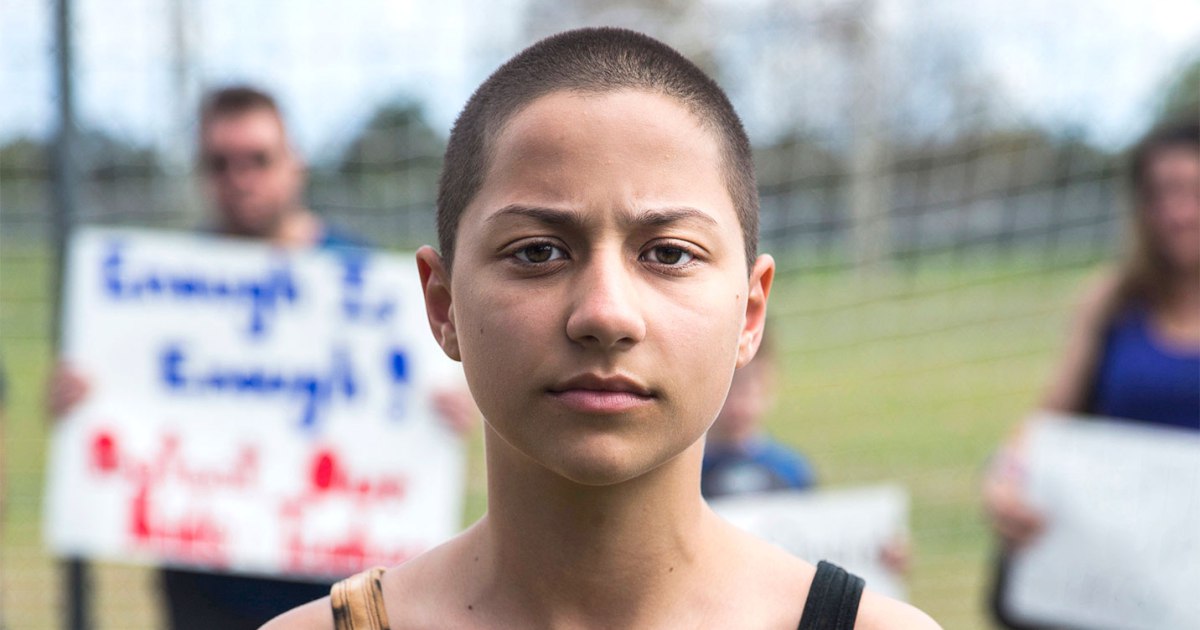 Meet the Queen of WTF Florida.

The one who triggered all the radical gun nuts.

The high school student who made grown men quiver in fear and retaliate with threats, conspiracies, and insults.

The one who made so-called “patriots” ridicule survivors for doing their American duty of fighting for civility and humanity by exercising their First Amendment rights.

The one who stood up against crooked politicians and called BS on the hypocrites, saying “Never Again.”

The one who allowed good gun owners to differentiate themselves from the angry, trigger-happy imbeciles who gleefully suck on mainstream fear-mongering propaganda.

The high school student from Florida who has more class and leadership skills than our current politicians.

Regardless of where you stand in the arguments around gun policy, ad hominem attacks on school children is a losing battle.

As Tim Elfrink said: “It is entirely possible to disagree with the Marjory Stoneman Douglas High students behind the #NeverAgain movement and the March for Our Lives without making a total clown out of yourself.”

WTF Florida is a proud supporter of gun rights, even for the “big scary” ones like the AR-15. But if you radical gun nuts don’t show a little constraint and intelligence, this movement might really end with your doomsday scenario of having most of your gun rights revoked. That ruins it for all of us, especially the decent gun owners.

If you stay calm and prove to the civilized world that you’re rational, it will end well for all of us, both responsible gun owners and people who are afraid of guns.

The truth is always in the middle, and often boring.

Good gun owners have nothing to fear when discussing policy change. We all want to keep guns out of the hands of obviously deranged people. We want more thorough background checks. We want common sense.

An 18-year-old can now no longer own a gun to protect themselves, but they can sign up to join the military and shoot people so others can profit (oil tycoons, gun manufacturers, war profiteers, etc.)

Teachers can now carry guns into school, playing into our laughable “Gunshine State” stereotype. One Parkland teacher who offered to carry in the classroom accidentally left his loaded gun in a public bathroom at the beach. Some Florida Man picked it up and shot a wall.

On the good side of the bill, the Risk Protection Order Act allows a court to petition to seize weapons from dangerous people like this idiot in The Panhandle who made threats to kill police, fired AR-15s in his backyard, wanted to rob a bank, and suffers from psychosis, and this Bakery County man who made threats online. Obviously these are clear cut cases of people who absolutely should not have access to firearms. We will keep our eyes on the RPO acts to make sure that this law is not abused.

WTFF will fight for both sides. We love our good gun nuts: the ones who keep their guns safely stored, practice good trigger discipline, and don’t shoot people in road rage incidents. We love our policy change pushers: the ones who are taking a stand against greedy gun lobbyists, who want mentally incompetent people to never have easy access to weapons, and who want sensible gun policy that closes loopholes allowing criminals and dangerous people to easily buy guns at gun shows and on the street.

It’s wise to be both pro-gun and pro-gun-control, as everything in life is a balance.

For the molon labe folks who adhere to all gun safety rules, we salute you and support the Second Amendment.

For those pushing for sensible gun policy, we salute you and support the First Amendment.

Together we are great.

I would totally do her, as long as she doesn’t talk!

[…] young people. They will cut you off and give you the middle finger if you drive too slow. They call Emma Gonzalez a “stupid Cuban lesbian bitch that needs to get shot.” They drive drunk and rarely obey […]