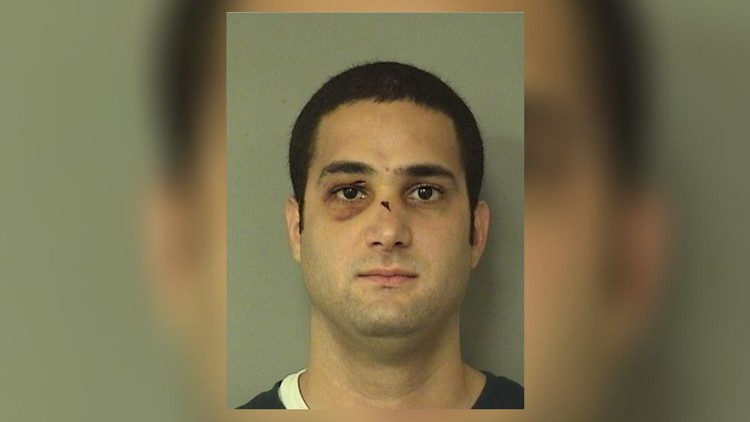 Royal Palm Beach (WTFF) – A Florida man was put in jail after dash cam footage revealed more than he wanted.

25-year-old Xavier Moran got into a car crash on April 5, reports My Palm Beach Post. He told deputies that somebody cut him off and he could prove it. The moron Moran then signed a consent waiver to search the camera.

While the Palm Beach County Sheriff’s office was reviewing the tape, they saw footage of Moran burglarizing a beauty store. Reportedly he was seen taking a bat from the trunk while another person used the bat to break the glass door to the store.

He was arrested on Tuesday for that.

Moran was also arrested on April 7 after he allegedly threatened to shoot his brother with both an assault rifle and a pistol. Moran and his brother live with their parents, as most Florida Mans do. He also pointed the gun at his dad and threatened to hurt his parents. He tried running from the cops while handcuffed, jumped a fence, and tried to hide in some bushes. For that, Moran caught two counts of aggravated assault with a deadly weapon and one count each of battery, resisting an officer without violence and escape.

Moran was released back into the Florida wild on Sunday.