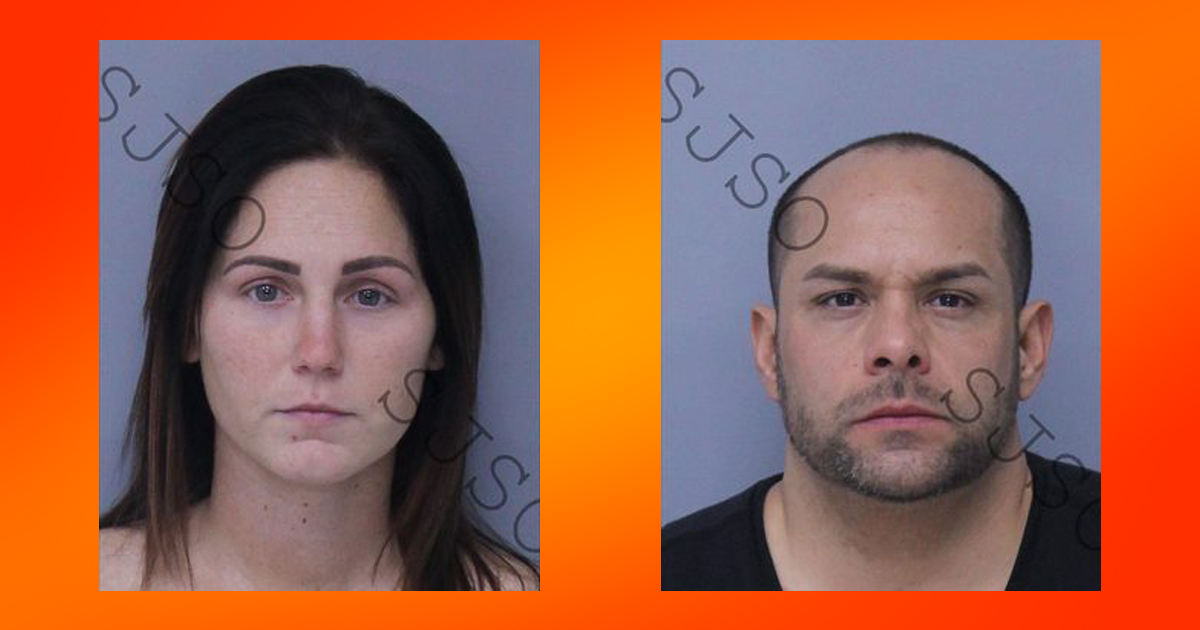 Daytona Beach (WTFF) – Florida Man convinced his wife to conceal a plastic baggie of cocaine up her vagina while they were both sitting in the back of a cop car.

“Steven Schultz” is a 37-year-old Florida Man who married 28-year-old Florida Woman “Jamie.” They were driving on I-95 near mile marker 301, at about 6:40 pm, according to an arrest report collected by Action News Jax.

Like most of the crappy drivers around Daytona and all over Florida, they were swerving. Deputies say their car crossed a solid yellow lane marker several times.

They got pulled over and a deputy wrote them a warning as a narcotics K-9 unit arrived. The dog smelled something druggy, and the couple was told to wait in the back of a cop car.

Once inside, Florida Man had a brilliant idea. He probably said something along the lines of, “Babe, hide this sh*t up your p*ssy, quick! Or else we’re gonna go to jail!”

Then he handed her a baggie of coke. Florida Woman, being a real ride-or-die, obeyed, and stuffed the cocaine inside the moist hiding place.

They had no idea police were recording the conversation. One of the deputies played it back and then confronted the couple.

According to the police report, Florida Woman “retrieved a clear plastic baggy with a white chalky like substance inside from her genital area.”

We’re hoping the white chalky substance was just the coke. The substance was tested… yep, it was coke. Instead of getting away, they got hit with cocaine trafficking charges.

As is the fate of most Daytona Beach couples, they were arrested.