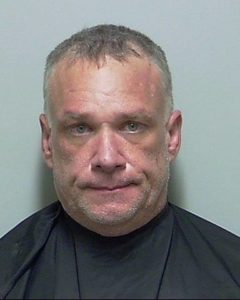 Hawthorne (WTFF) – A Florida Man has been arrested on methamphetamine charges.

The 49-year-old Hawthorne resident called the Putnam County Sheriff’s Office on Tuesday to complain about a “bad reaction” to some meth he purchased about a week ago, according to a press release.

Douglas Peter Kelly believed his “violent reaction” to the drug was because his dealer sold him the wrong shit. He requested that the Drug unit come out and test the meth because wanted to “press charges.”

They agreed to check it out for him. Stop on by.

They’ve also started offering to test drugs for anyone who thinks they’ve been bamboozled by their dealer:

“PUBLIC NOTICE: If you believe you were sold bad drugs, we are offering a free service to test them for you.”
-Putnam County Sheriff’s Office

The Florida Man drove to the sheriff’s office. He handed detectives “a clear, crystal-like substance wrapped in aluminum foil.” There is no plot twist. It was meth.

Kelly was arrested and charged with possession of methamphetamine. He was walked over to the Putnam County Jail and held on $5,000 bond.

The snarky press release finishes with:

Remember, our detectives are always ready to assist anyone who believes they were misled in their illegal drug purchase.

Hahahaha he must have been awake too long

Florida Man Tangles Fishing Lines with Floridian, Calls him a “N*gger” and Pulls Gun Out