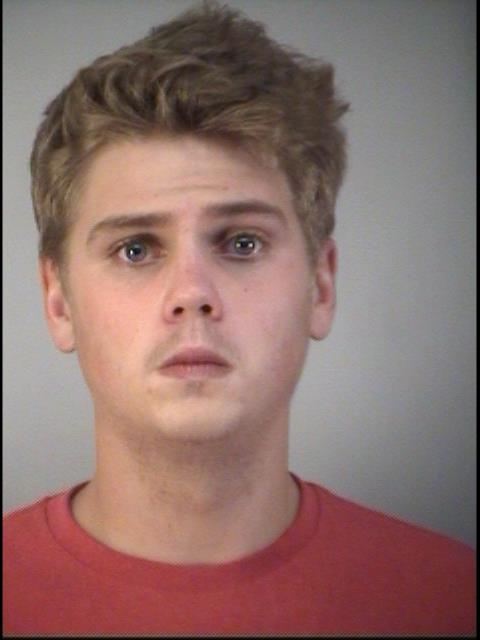 Fruitland Park (WTFF) – An 18-year-old Florida boy was arrested on a domestic battery charge after allegedly attacking his stepfather for denying him money.

The stepfather dialed 911 on Tuesday evening, according to the arrest affidavit. Officers arrived at his Fruitland Park home to find his stepson’s arm covered in blood. Medical staff was called over and the officers spoke to the two.

His stepson, Thomas Gilley, lives in a mobile home on a dirt road in Okahumpka, about 10 miles south, down 27/441. Gilley decided to come over and ask for some money, as desperate Florida Boys and Florida Mans will do. Technically he’s been a man since 18, but given his actions and pasty little boy face, we’re giving him the “Florida Boy” honorific.

Zzzzz… the stepfather was sleeping. Knock. Knock. It was his stepson. Great.

“Gilley woke him up” and asked for $200 “to pay his rent.” The stepfather said he wanted to speak to the landlord himself before handing him any money.

That’s when the Florida Boy got “pissed off,” and “attacked” his stepfather, by his own words. He told the cops that he “attempted to ‘swing’ and hit him in the head” but missed, and that’s why his arm was bleeding. He said that he “cannot remember exactly what it was that cut him.”

Blood was all over the home, on floors and door knobs. Chairs were flipped.

The stepfather recalled being shoved out of the kitchen chair, falling backwards, getting chased into different rooms by the bleeding Florida Boy, and finally being able to call the police in the family room.

Little Gilley was arrested and taken to the Lake County Jail, where he bailed out for $1,000 a few hours later.

Wow. I can’t believe it was that important. How much more in depth does it go.