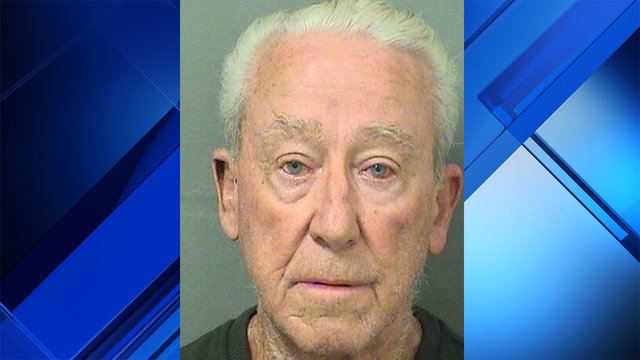 LAKE WORTH, Fla. – A South Florida man faces a manslaughter charge in the death of his wife, 30 years after he claimed she committed suicide.

James O’Neil, 83, of Lake Worth, was arrested Thursday after a monthslong secret between him and his daughter was revealed.

According to a probable cause affidavit, O’Neil told Palm Beach County Sheriff’s Office deputies in 1987 that he and his wife, Verna O’Neil, had been arguing about her burning his dinner and her excessive drinking. He said Verna grabbed a gun during their argument and told him, “I’m just going to kill myself.”

O’Neil told deputies that Verna pointed the gun at her head and he tried to grab it from her, but the gun accidentally fired, shooting her in the face.

The medical examiner ruled that the manner of death was “undetermined,” but O’Neil’s daughter was skeptical.

When Sharon McGee visited her father last October and asked him what really happened to her mother on July 23, 1987, O’Neil revealed that he had actually killed her, the report said.

O’Neil’s account to McGee, who was 28 at the time of the shooting, was similar to what he told deputies decades earlier, with one distinct difference — he grabbed the gun away from Verna and told her, “Let me show you how it is done.” O’Neil then pulled the trigger, the report said.

McGee informed deputies of her father’s admission in February. She told deputies that her father told her “not to tell anyone, to keep it their secret.” She said she received a text message from her father that same evening that read, “I’m believing that you will sleep much better tonight, Love Dad.”

When detectives met with O’Neil and his current wife at their home in April, O’Neil admitted that he lied about the shooting “because he was afraid he would get into trouble.” According to the report, O’Neil told detectives that the shooting was an “accident.”