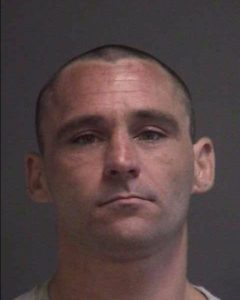 CRESTVIEW — A Niceville man on felony probation led a Okaloosa County Sheriff’s Office deputy on a chase through a hay field early Wednesday morning after he was caught speeding.

According to the arrest report, deputies spotted 33-year-old James Jenkins speeding at a rate of 80 mph in a 55 mph speed zone at around 2:30 a.m. in a 2014 Ford Focus on Auburn Road in Crestview.

The deputy entered the roadway to catch up with Jenkins who accelerated in excess of 110 mph.

Jen-kins sped toward the end of Bradley Road, down a dirt portion of the road and into a hay field. At one point in the car chase, Jenkins was barricading through hay bales and became airborne, the re-port said.

Now here’s when it gets real Flawrdah:

When his vehicle became disabled, Jenkins got out of the car holding a large beer can and began to run toward a wooded area where he ran head first into a tree, suffering a minor cut over his right eye.

Deputies had to wrestle Jenkins to take him into custody. The passenger and the boy were not injured. 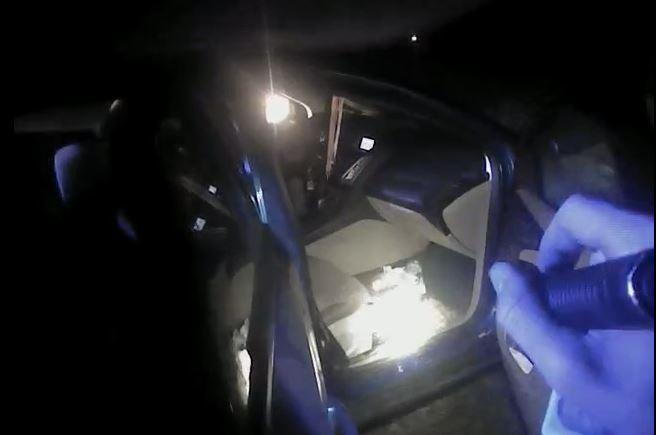 During a criminal history check, deputies dis-covered Jenkins had a felony probation for fleeing and eluding. He has also had multiple driver’s license suspensions and two prior convictions of habitual traffic offender. Jenkins told deputies he know he should not have been driving.

Jenkins is charged with fleeing and eluding with disregard for safety of others, driving with a suspended license as a habitual offender, child neglect, resisting arrest without violence and felony probation violation. He was also issued a traffic citation for the open can of beer. 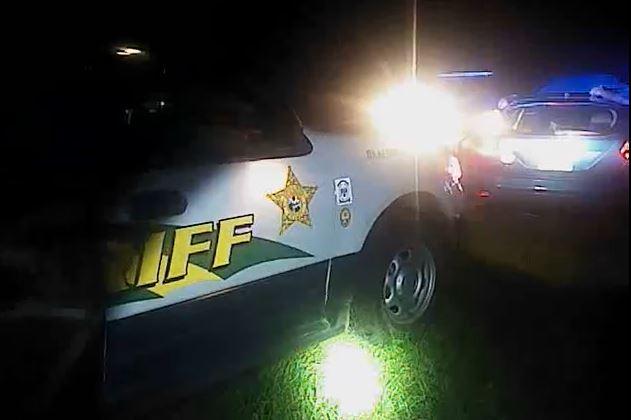 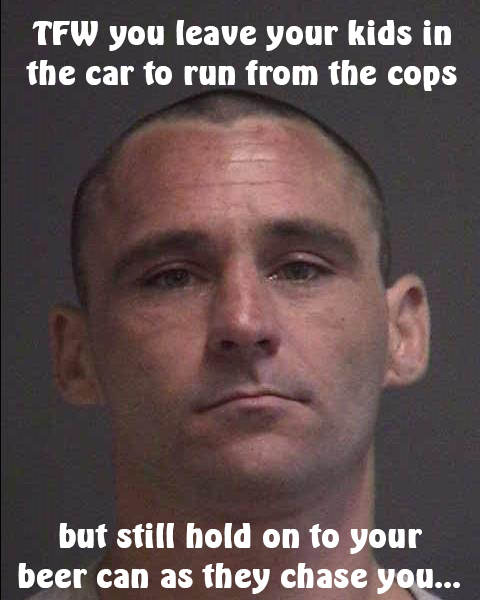