It’s more than just “red tide,” a naturally-occurring microscopic alga that has been documented along Florida’s Gulf Coast since the 1840’s. Floridians are upset about the overall treatment of our environment.

Mainstream media tends to downplay the effect of dumping phosphorus-laden pollutants into our ecological water system. Water moves freely along the peninsula, carrying all its sickness and impurities, so what we do in one place affects another.

I took a stick, and flipped over one of these floating blobs… what lies within looks like it is straight out of a septic tank, and smells like it too. Maybe worse. Like an outhouse in the sun.

There are hundreds and hundreds of these blobs. And that’s just MY canal

Completely grossed out even more now. Nothing can live in this.

Politicians helped slash environmental regulations while getting an applause from conned Floridians who were happy with “less government.” Those eliminations only helped huge corporations while hurting Floridians. The same rich, greedy Transplants that Florida Natives despise reaped all the benefits of the cultural warfare against environmentalists.

Real Floridians care about their water, their lakes, their springs, their beaches… we care, and that’s a great thing. Don’t be ashamed to love Florida and the planet we live on. Let’s work together, educate ourselves, and start fixing things.

Many politicians, Democrats and Republicans, are to blame for the current water and climate crisis, but blaming people doesn’t help. We’ve already caught and exposed them (which is important too), but nothing changes as a result of that. They just don’t care. “So what, you caught us,” is the attitude they exude with impunity. Just vote them out and try a new round of fresh possibilities.

Work with local government in your county and city to make agreements to preserve Florida forever. The EPA isn’t going to save us, but they can certainly help fund our projects and actualize our goals if we start voting in the right people. Until then, make every effort you can to inform others of the reality of our situation. Do what you can to treat our planet with respect.

As we learn new things, we should be eager to admit it. As we see others learning, we should not judge them for the lies they once believed. While it’s easy to ridicule the victims of propaganda, we promise to be nice. Sorry if we insulted you before. We just get upset when our magical little peninsula is under attack. One Florida. One Love, everybody.

Show your support at this event: 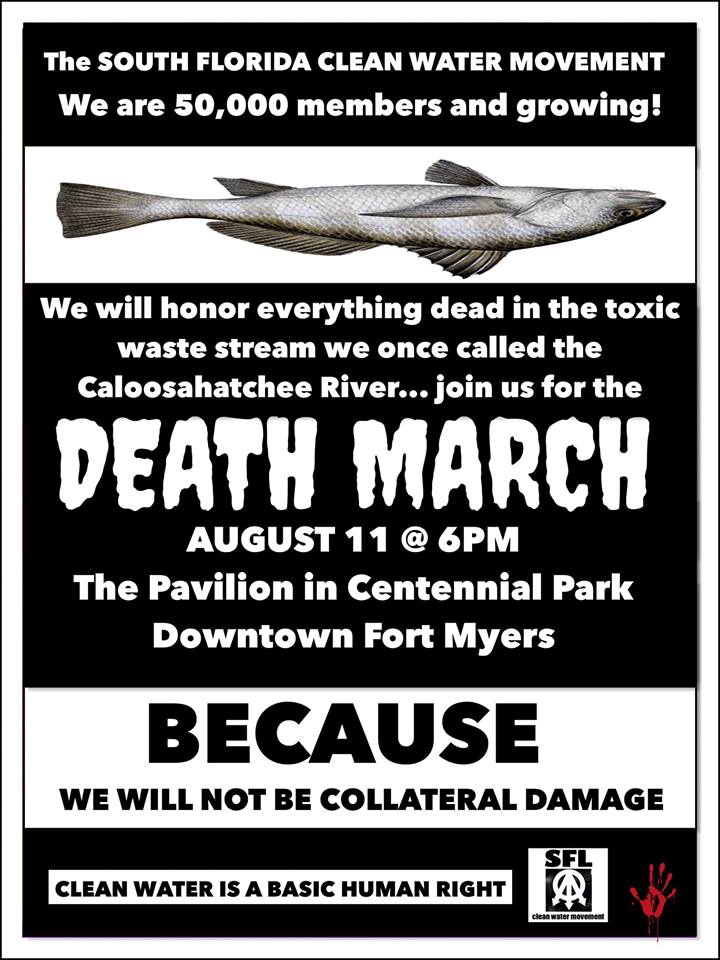