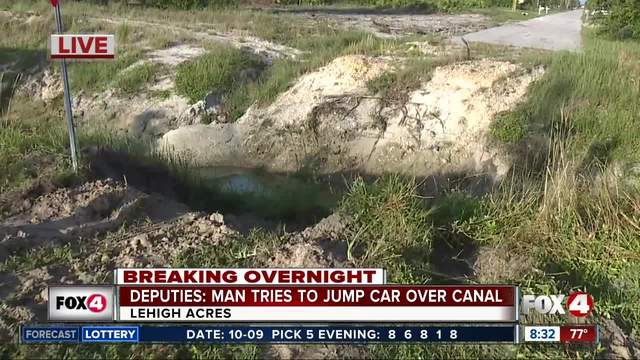 It happened along 7th Street West in Lehigh Acres.

Witnesses say they saw a man in a blue Toyota Corolla drive to the edge of the canal and stop. Then, he got out of the car to observe the distance, got back into the vehicle and tried to make the jump of about 20 feet.

His vehicle had to be towed out of the canal.

One neighbor tells Fox 4 that they believe the driver was “misbehaving, or under the influence of alcohol or drug-related,” but we all know he’s just from Florida.

Deputies say the man was not injured, but the car was totaled.

A map of the area shows that 5th Street West just two blocks away could have provided easy access across the canal.