Freeport (WTFF) – A 31-year-old North Florida Man was arrested for beating up his sister, mother, and grandmother after they caught him having sex in the front yard with his girlfriend.

According to nwfdailynews.com, the Walton County Sherrif’s Office received a domestic disturbance call on November 27.

The officers started talking to the three victims, Florida Man’s sister, mother, and grandmother. They told the story of what happened.

Florida Man was outside in the front yard “fornicating” with his girlfriend. The three relatives caught him and started arguing with him, yelling at him for being nasty.

Here’s a picture of the alleged front yard in it’s full glory, from Google StreetView‘s photo from May 2014.

The man tried to enter the house with his girlfriend presumably to finish up their quickie, but mama said no.

Florida Man was left feeling very frustrated and took out his rage on his sister.

The mother and grandmother jumped in to help her.

Grandma took her cane and whacked him with it. He grabbed the cane and bopped her in the left eye. The mother was pushed to the ground and stayed there, stuck, and struggling to breathe.

The frustrated brother grabbed his sister’s neck and started choking her.

The sister grabbed her phone and called 911, and her brother snatched it from her. Luckily, she was able to dial in time and the cops showed up.

The North Florida Man was charged with domestic battery by strangulation, aggravated battery on a person 65 years of age or older, battery touch or strike and tampering with evidence. 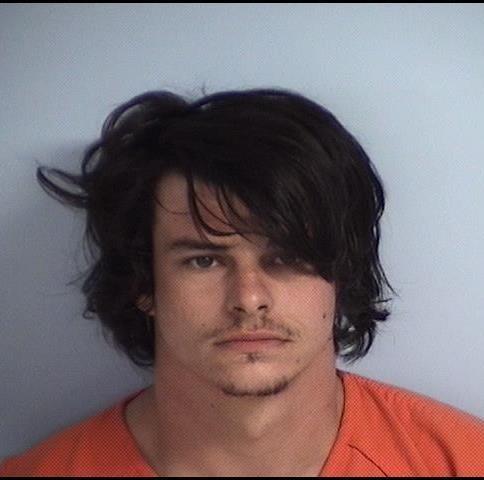 once again there is just more to the story but for the record I was aquitted of all charges the mugshot in question was Photoshopped with hair over my left eye and eyebrow and our yard never looked like that ever so …….media …..dont believe what u read