Last week, deputies were called to a home on Cluster Road over a verbal disturbance.

They arrived and spoke to a man and his two sisters.

The girls had been fighting about the correct method of mounting the toilet paper. One said over, the other said under. The disagreement become loud, and disturbed the neighbors enough to call the police.

Florida people are very passionate. We get loud sometimes.

No one was injured, and the siblings’ mother said the dispute never became physical, according to newsherald.com.

Nobody was charged. It wasn’t mentioned in the police report which method was the correct one, so that will be up to us to decide…

So which is it? Over, or Under? 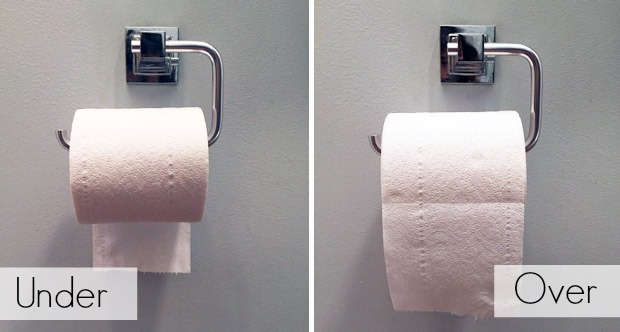