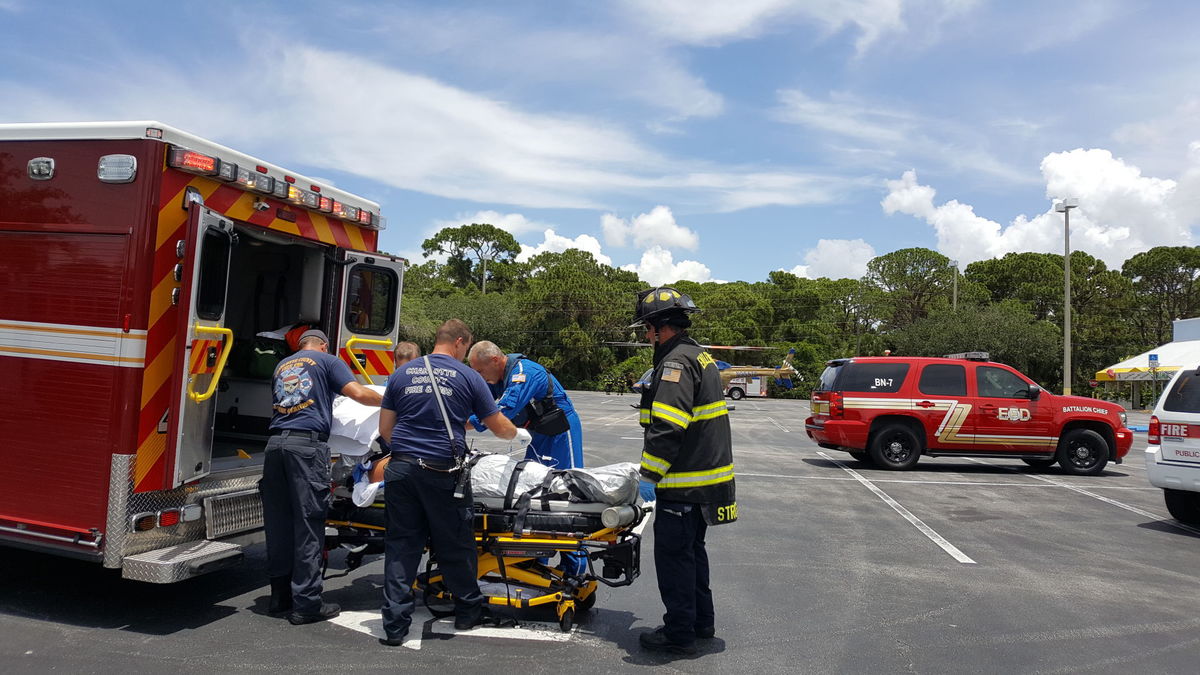 So, in Florida we actually pay some of our unfortunate Natives to dive into alligator-infested water to retrieve golf balls erroneously launched by snowbirds.

It’s a great way to keep our tourists happy (the happier they are, the more money they spend), and it also helps keep the population down.

Besides, there’s nothing quite as satisfying to the rich as watching poor people perform dangerous remedial tasks for a small amount of profit.

The inevitable happened around 1 pm Friday, near The Palms Course at Rotonda Golf and Country Club.

An unnamed 50-year-old man was diving for golf balls in a pond, when he was attacked by an alligator.

He was air lifted to Lee Memorial Hospital, according to mysuncoast.com.

He is expected to recover, despite severe damage to his arm.

His daughter, Kaelin Lahodik, spoke about the incident.

“He’s scared, he’s sad. He was discouraged. We don’t know how long it’s going to take for him to recover in physical therapy and we don’t know how many surgeries he’s going to have. The difficult part is now and 48 hours because that’s when the infection starts to set in.”

A lot of people have been badmouthing him online saying he shouldn’t have been in there. She wants people to know he is a professional diver that clears underwater hazards.

This is the 19th gator attack this year, as we continue to beat our old 2001 record of 16 gator attacks. Great job everyone!

Here was the last attack, RIP Charlie, all you did was STAND YOUR GROUND:

Also, read some tips on getting our numbers up:

Record Number of Gator Bites for 2017

Florida Man calls 12-year-old boy the n-word, punches out his teeth; is not arrested