Port Charlotte (WTFF) – A man was arrested and charged with trespassing after refusing to leave his hospital room after being discharged from Bayfront Health in Port Charlotte, FL.

Hospital workers say that he stubbornly refused to leave until a game that he was watching on TV finished.

Charlotte County Sheriff’s deputies arrived at about 12:41 p.m. on Sunday to arrest 40-year-old John Robert Deandrade, who had barricaded himself in his hospital room using furniture.

Bayfront security officers had already given him plenty of warnings, according to ABC 7. When deputies arrived, they entered with a shield and pushed through the hospital furniture that John had stacked up to block them all.

Busted Coverage did some digging to kinda sorta verify that this “Florida Man” is a Patriots fan.

Exhibit A is a screenshot of his public profile, listing the “New England Patriots” as one of the teams he likes. 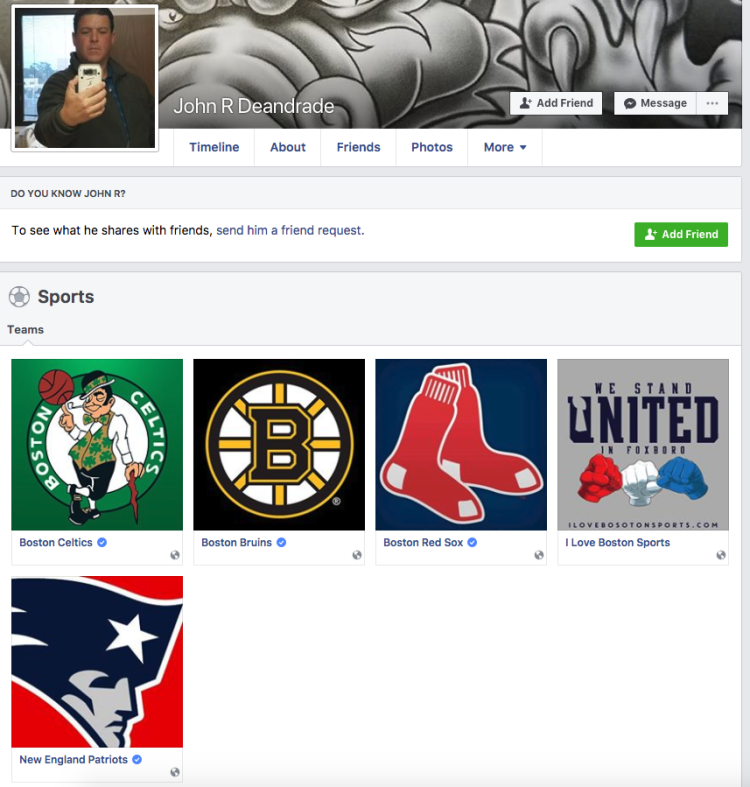 Read the full article at bustedcoverage.com for more proof, right down to the stripes on his shirt in the mugshot, and some sports memes that confirm the findings.

While the Sheriff’s Office only said “a game,” we’re going to assume it was “the game” between the Patriots and the Jacksonville Jaguars. We could be wrong, but we’re probably right.

“Get on the floor!” yelled the cops.

They had to tell him several times before he complied. They searched him and put cuffs on him and took him away to the Charlotte County Jail.

During the ride he was banging on the patrol car and yelling profanities.

He was charged with trespassing and resisting an officer without violence. He’s still in jail and his bond is at $5,000.

Florida Man calls 12-year-old boy the n-word, punches out his teeth; is not arrested