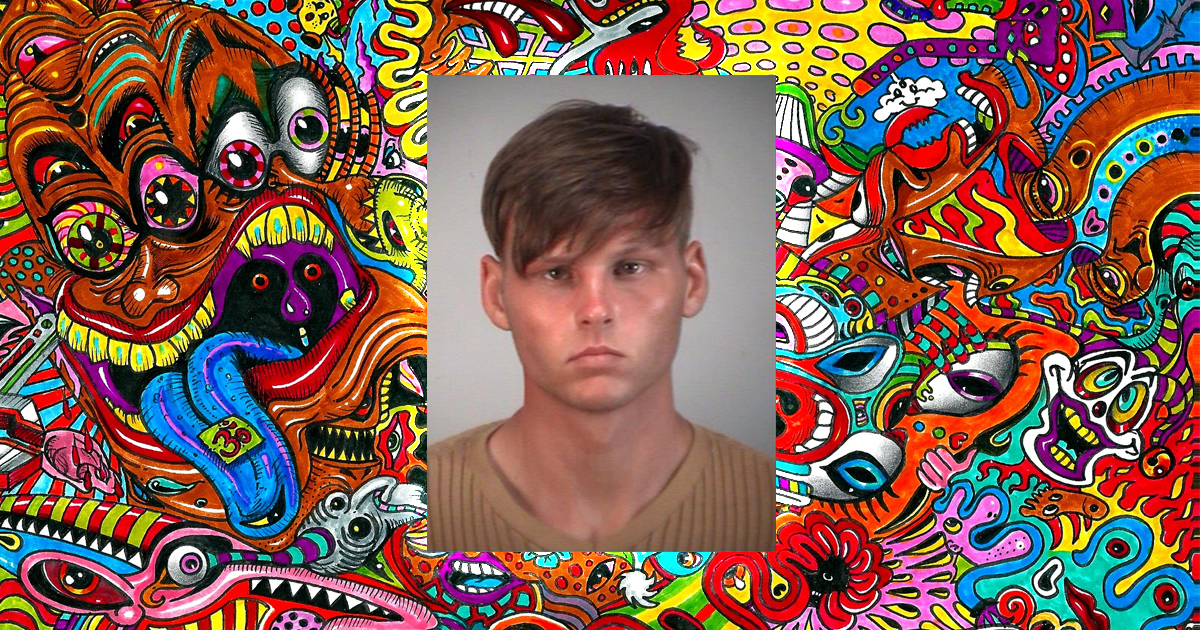 Clermont (WTFF) – A Florida man was arrested after allegedly loitering at a Yacht Club and taking clothes from a resident’s car.

On Tuesday, April 3, around 10:00 pm, Lake County sheriffs responded to a call on Harbour Cove Way at the Clermont Yacht Club. Per the arrest affidavit, the caller stated that a “young white male was at her door with his hands behind his back with an open jacket and no shoes.”

“I just wanted to tell you that I like your church,” said the Florida man, before walking away.

He was later identified as 22-year-old Cody Stout, a St. Augustine born Florida Native who is currently homeless in Clermont.

Another woman called the cops around the same time to say there was a white male standing next to her vehicle. When she got out of her vehicle, he “said he was sorry and took off toward the lake.” That location was only a couple blocks away.

The Clermont Yacht Club is a gated community, and random Florida Mans are not allowed in.

A deputy found Cody in the area, and Cody “dove onto the ground and laid on his chest.” The arresting sheriff knew him from previous encounters.

Cody requested EMS because he “took ‘Acid’ yesterday and was currently ‘high on faith.'”

When asked why he was there, Cody laughed and said he “snuck in.”

The sheriff asked him if he was invited. Cody replied that “he was there looking for stupid people,” though he could not provide the names of those stupid people.

Suddenly and randomly, Cody said the clothes he was wearing were not his.

The night prior, there was an unlocked vehicle burglary. Cody admitted to taking clothes from the vehicle, and replacing them with his old clothes. Sheriffs found the woman who filed the complaint, and she confirmed that those clothes belonged to her.

Cody was arrested and faces charges of Burglary to Unoccupied Vehicle Unarmed, Petit Theft, and “Loitering and Prowling.” His bond remains unfulfilled at $7,500.

This kid needs someone to help him before it is too late.