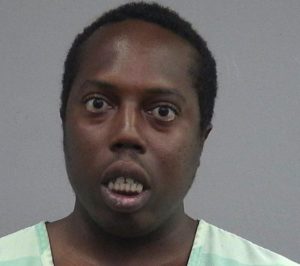 When officers arrived, they found him at the KFC with the bag of money, and he told police he had robbed the bank.

Police arrested a Gainesville man Thursday at a KFC after they say he stole more than $10,000 from a Wells Fargo bank.

Samuel Jevon Reaves, 32, entered the Wells Fargo bank, at 3939 NW 13th St., and told a teller he needed money, according to a Gainesville Police Department report. The teller asked if he had a debit card, and Reaves responded, “This is a robbery. Give me all your money in the bank.”

The teller gave Reaves money that was in her drawer and asked if he wanted a bag. Reaves said yes and thanked the teller.

He then took the bag with more than $10,000 in it, according to police. Reaves left the bank and walked through the neighboring Publix parking lot.

A bank employee followed, taking photos of him with his phone, the report said.

Reaves went to the KFC at 3750 NW 13th St. and sat next to a woman. Reaves later told police he asked her for a cigarette.

When officers arrived, they found him at the KFC with the bag of money, and he told police he had robbed the bank.