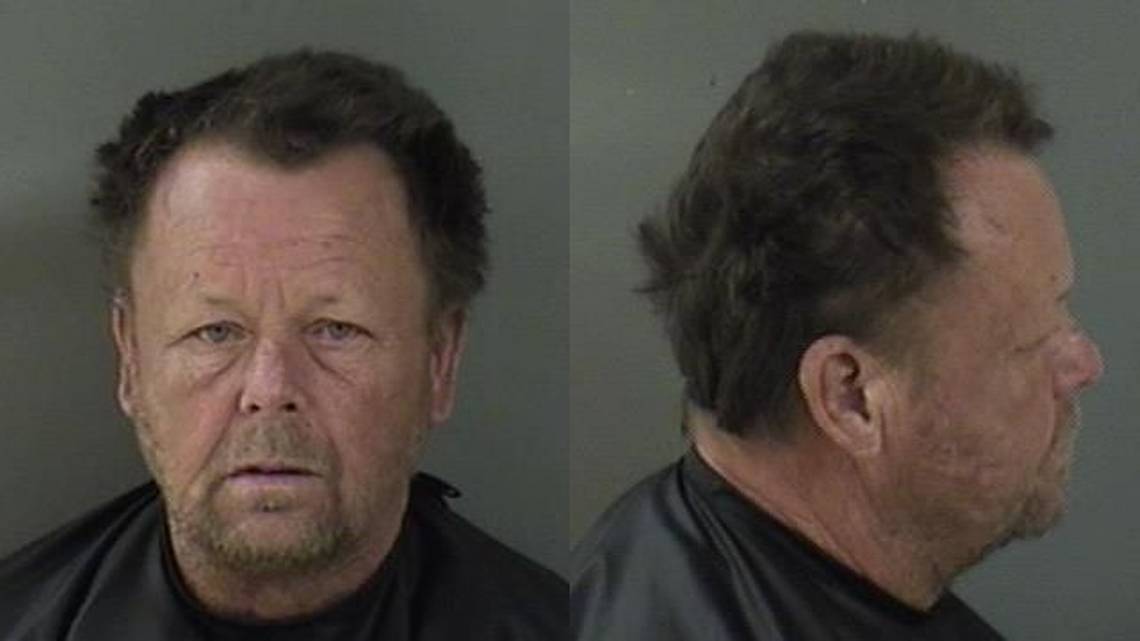 Vero Beach (WTFF) – A drunk Florida man was arrested on Sunday evening in the parking lot of a Sam’s Club.

57-year-old William Thompson was reportedly lying on the curb, as most Florida Mans do when their drunken stupor turns into sleepy time.

An Indian River County Sheriff’s deputy found him “disoriented” and groggy, reports Miami Herald. Of course, he “appeared to be intoxicated,” and was “slurring his words and not speaking clearly.”

The deputy noticed that the mumbling creature had pissed himself. The Florida Man was led to the cop car, stumbling and staggering on the way, his bloodshot, glassy eyes working hard to judge where the ground was.

The deputy asked for his name.

“Fuck you, asshole!” was the reply.

A couple hours ago, another officer found the same Florida Man hanging out in the same parking lot carrying an open beer can. He was flagging down cars with a sign that read “US Vet God Army Homeless Food.” He was asked to leave.

His reason for staying there was reasonable. He “needed to sleep for a little while.”

Then he got even more “belligerent,” and started “disrupting the public morals,” as if morality in 2018 is even a thing.

He had on him an open bottle of brandy and a can of Steel Reserve.