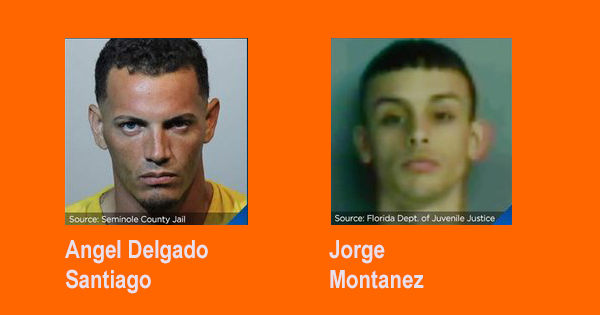 Altamonte Springs (WTFF) – A Floridian woman was able to fight off two men who broke into her apartment with an AK-47.

The victim, who asked WFTV to identify her as Trigger, said she was fighting not only for her life, but also to protect her 13-year-old son and ex-wife. She got the nickname due to her gun collection. This is the Gunshine State, after all.

Around Midnight on Friday, Trigger “went back inside her apartment to grab her cell phone,” but left her gun in the car.

Suddenly, two Florida Mans broke in. (Note that Florida Mans are entirely different creatures than Florida men. Before you Grammar Nazis make yourselves look stupid by ridiculing our editorial standards, you should know that “Florida Man” is a compound proper noun.)

“I went blank. I had no feeling. I wasn’t scared. I wasn’t brave. I was just — it’s go time. Do or die,” said the brave Floridian woman, Trigger.

“I heard like a boom, boom, boom. People coming up the stairs. Then I heard her screaming, lock yourselves in the room! They’re coming! They got guns!”

Trigger was unarmed as two armed men surrounded her and her family.

“When I seen the barrel of the gun, I swear it felt like a movie,” she said.

Trigger made a split-second decision to wrestle the AK-47 away from the Florida Man. They struggled for a bit, and Trigger was victorious.

“I noticed that the guy started getting nervous. His fingers getting crazy on the trigger. And I just disarmed it. I just completely took out the magazine from the AK,” she said.

The two men ran away, and one of them shot at Trigger’s ex-wife on the way out. His aim was lousy, and luckily, no one was hit.

“They just didn’t know I was going to fight back. That’s what they didn’t know.” -Trigger