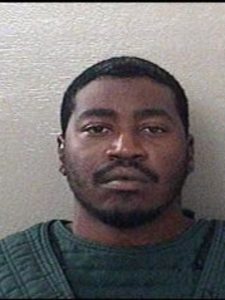 A Pensacola man is facing multiple charges for allegedly destroying nine mailboxes, throwing a scooter through a window and damaging two vehicles in a neighborhood.

Police say Demetrics Bethea White, 25, committed the string of crimes early on Tuesday morning. His arrest report claims he went to his ex-girlfriend’s house in the 100 block of Diego Circle and left a shoe in her mailbox. The woman had an injunction order against him and told Escambia County Sheriff’s Office deputies that White often leaves items in her mailbox.

Police allege White didn’t stop there and continued damaging property in the area of Diego Circle, Erress Boulevard and Fort Smith Circle between 4:30 and 6:30 a.m.

More neighbors reported to police that car windows had been smashed, and several more mailboxes were damaged or ripped from their posts.

Neighbors who allegedly witnessed White committing the crimes told police they saw him go into a Fort Smith Circle address. Police then found him in the shower washing off blood, according to the report.

White is charged with a total of 13 counts of damaging property-criminal mischief, four counts of throwing a missile into a building, one count of stalking and one count of contempt of court.