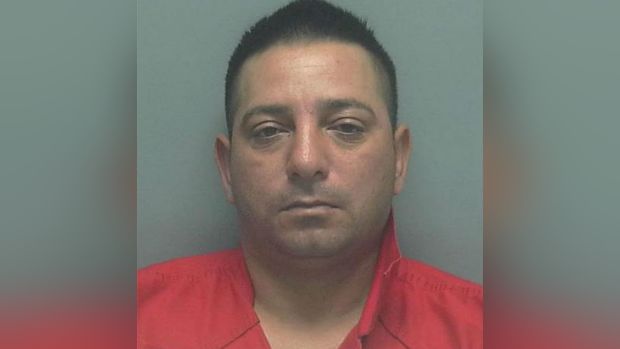 CAPE CORAL, Fla. (AP) — Police in southwest Florida say they arrested a naked man who was attacking mailboxes with a machete.

The News-Press reports that 36-year-old Yudier Duenas-Sosa was arrested Saturday night in a Cape Coral neighborhood.

Officers say  was taken into custody without incident, but his cousin was arrested after she charged at officers in an attempt to prevent Duenas-Sosa’s arrest. Police say the man and woman had been in the area for a party and were both intoxicated.

Duenas-Sosa faces charges of aggravated assault and criminal mischief, while his cousin is charged with resisting arrest.