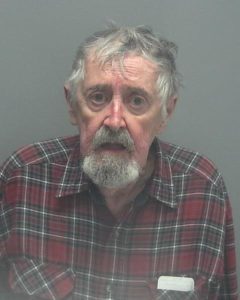 82-year-old George Alexander was flying back from Philadelphia on Thursday when he allegedly poked a flight attendant’s back and called her a racial slur.

He also told her:

You’re “too big for this job; you’re too fat for this, overweight,” according to the arrest affidavit collected by News Press. The county clerk site hasn’t updated yet, so we can’t verify this or tell you exactly what he said.

He was arrested by Airport PD and charged with battery and a county ordinance violation for interference with aircraft operations.

After paying $500 bond, he was released the next day.

Just another racist,old bastard who was going home to his trailer and putting on his white hood reminiscing about the good old days….face palm!

this is why we need to make america great again. this is freedom of speak!!! yall libtards are mad that this there brave patriot called that fat nigger what she is. HE AINT DID NOTHIN ILLEGAL!!! it aint a crime to say the truth. fuck ur website and fuck you faggot!!!! TRUMP 2020