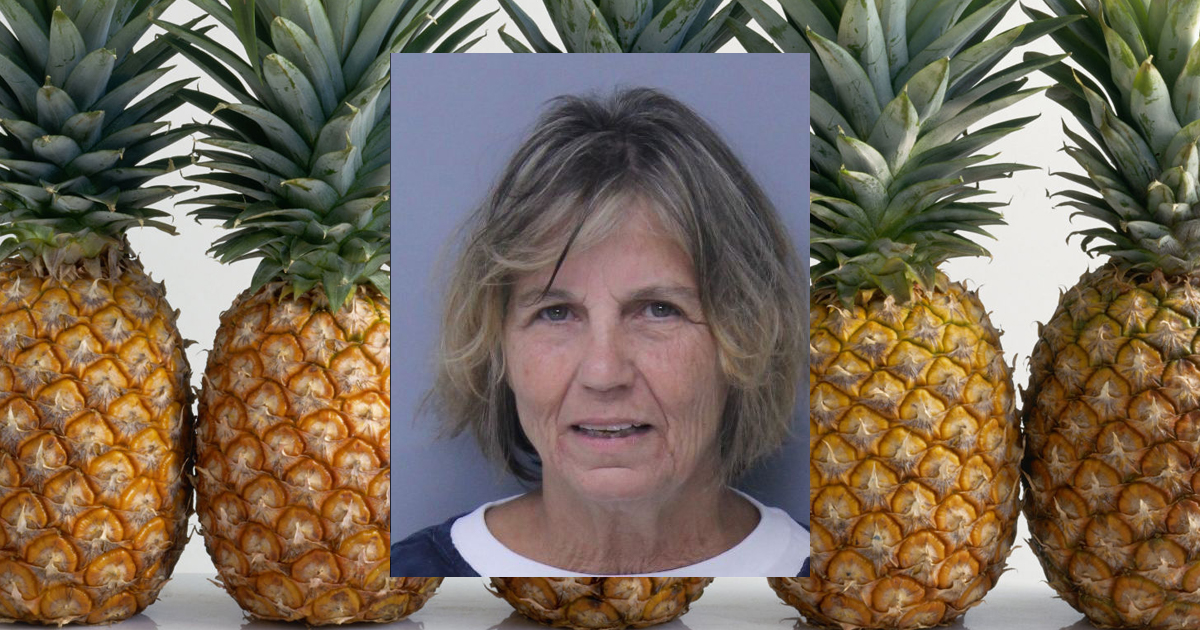 Floridians know that everything is better when done naked, so when 63-year-old St. Augustine woman Mary Hamilton stripped down and took a walk on a Wednesday afternoon, she was still far from earning the Florida Woman title. This is normal here… but the story does progress…

Butt naked, she went strolling down Thompson Bailey Road, about half a mile from her home, and discovered a neighbor’s home with an open door.

She told the St. Johns County Sheriff’s Office that “the door was open for me to come inside,” according to news4jax.com.

She couldn’t turn the delusional invitation down, and strolled right in.

The air conditioning must have been running, which prompted her to grab a T-shirt she found lying around and cover up. One of Florida Woman’s main weaknesses is cold weather.

Feeling not so nipply anymore, her creature instincts switched over to hunger.

She walked over to the fridge and opened a can of pineapples that belonged to the homeowner’s son.

While she was enjoying the yellow fruit chunks, the startled homeowner peeked around the corner and spotted her.

The homeowner raced outside and locked herself in her car. Spotting a real-life Florida Woman can be traumatic.

She called the cops and said that a woman she’s never seen before was inside her home wearing her T-shirt and eating her pineapples.

Mary was arrested and charged with burglary and theft.