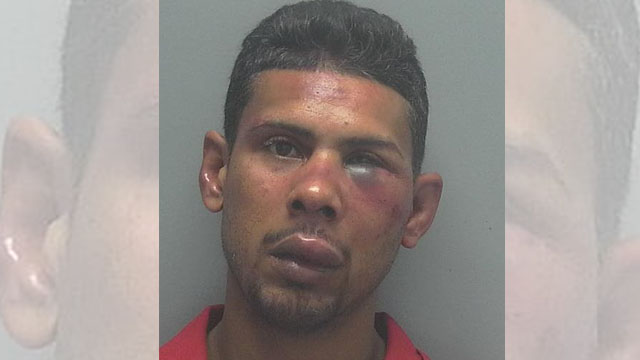 FORT MYERS, Fla. – Here’s a piece of advice for crooks: If you’re going to break into someone’s house, know whose house you’re breaking into.

Lee County deputies said Josue Ortiz picked the wrong house, which he found out when the homeowner beat him using his Jiu-Jitsu skills.

Brian Burch said he was just trying to protect his stuff from a brazen thief.

“I was holding him down,” Burch said.

“Once I had him, he wasn’t going anywhere.”

Burch is skilled in the martial art of Brazilian Jiu-Jitsu.

“I wrestled before. I’ve trained for the last two and a half years.”

On Tuesday, when Ortiz entered Burch’s open garage on Harvard Avenue, Burch took action after he heard a noise and went outside.

“He was standing right here carrying my jackhammer case and my airgun case,” Burch recalled.

“He told me that the boss sent him over here to pick up tools to finish a job.”

Burch didn’t buy that story, and when he started asking questions, Ortiz tried to run. That’s when Burch put his skills to use.

“Once we got to the ground, he started pushing and fighting me, and I hit him one time.”

A neighbor saw the scuffle and called deputies. Burch held Ortiz down until they arrived and arrested Ortiz.

“They told him he got exactly what he deserved. He had a broken nose.”

Burch is a father and said it could have been a lot worse.

“If the kids had been here, I probably would have been even angrier.”

Neighbors are glad to know the would-be crook is off the streets.

“The fact that he manhandled him maybe, I think it’s well deserved,” said Darlene Donovan.

He said several of his tools were already inside the car Ortiz was driving.

Deputies said that car had a fake tag.

Ortiz is still in the Lee County Jail, charged with burglary and grand theft.