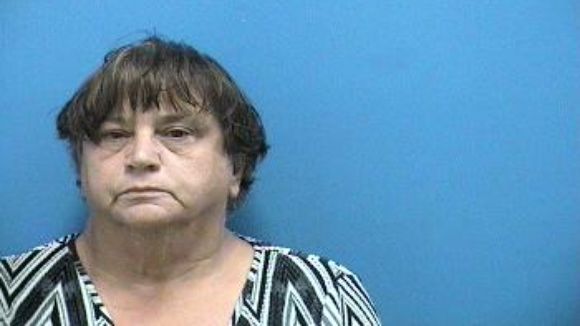 Stuart, FL (WTFF) — A New Jersey woman wearing a hospital gown in the streets was arrested in Stuart, FL on a breach of peace charge.

Gloria Havens is a 60-year-old woman from New Jersey, and given her belligerence, can safely be lumped into that latter group of trash.

She was hanging out on Southeast Isabelita Avenue when her New Joysey sloppiness erupted.

Deputies found her in a long fur coat and hospital gown “yelling in the street” at a woman “for refusing to allow her on the property,” according to tcpalm.com.

The obnoxious out-of-towner kept taking off the coat, exposing her fat ass and bòbòt.

Every time the wind blew, the deputies would wince and tell her again to put the coat on “due to the hospital gown exposing her buttocks and vaginal region as the wind would blow the gown up,” as the affidavit read.

It wasn’t mentioned why she had a hospital gown on, but we all know people who leave New Jerusalem to visit Florida are fucked up and always in the hospital for something stupid. The smart ones usually just stay close to NYC.

Gloria ignored the cop’s orders to put the coat back on.

Instead of shooting her, they just arrested her and took her to jail.