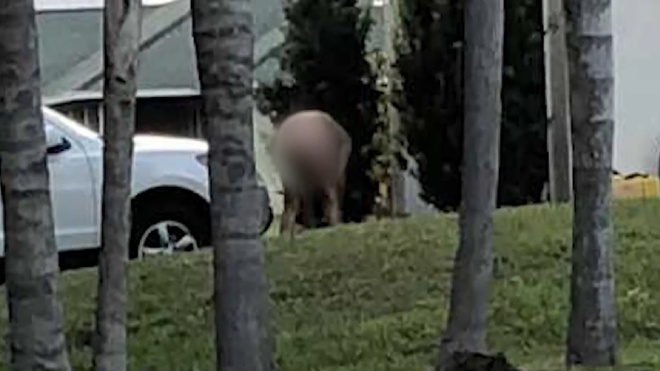 Stuart (WTFF) – People are complaining about a neighbor who walks around his yard naked.

The neighbors say he does yard work and walks around his property in the nude.

Deputies say there’s nothing they can do, because it’s his property. As long as he’s not touching himself inappropriately, he’s not breaking the law.

This is Florida. It gets hot. Being innocently nude is not a problem to many Floridians.

Some pesky neighbors are complaining though.

“I came out Sunday night to put the trash out, and I look over and he is bent over, winding up his hose, and I’m like that is my view of the neighborhood,” says Melissa to WPBF.

“He works on his car, and he does it naked and everyone has called the police, he is just out there doing his yard work, whatever he needs to do outside, naked.” 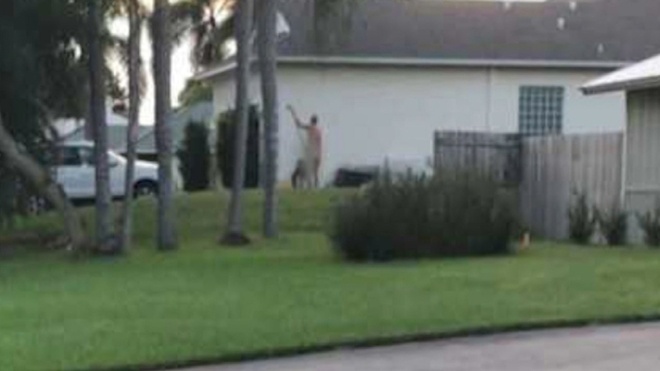 “Have some respect for the neighborhood kids. Kids catch the bus here. It’s wrong,” complained Charlie, revealing his own perversion by conflating the human body with sexuality, and trying to guilt people into believing that kids don’t see that stuff on the internet and TV anyway.

Only one person the news station spoke to seemed OK with his choice to express his natural and legal freedom to be in the nude.

“I am not one of those people who have concerns because it is their way of life, and it is on their property and I know it is legal,” says Molly.

The naked Florida man declined an interview, saying that he and his family are very private people.

Nudity does not equal sex or perversion! YOU have to make it equal that !

Let it all hang out

This is some information post….what the fuck Sonny! Don’t you check your email?