Milton, FL (WTFF) — A Florida cop who ate some pills and purposely rammed his patrol vehicle into his ex-wife’s home has been sentenced to two years of probation.

The incident happened back in November of 2016 in Milton, FL.

Deputy Timothy Taylor admitted that he was on drugs and feeling suicidal at the time (abc6onyourside.com). He was also experiencing marital problems. Those three things are what compelled him to crash his police issued, marked SUV into his ex-wife’s home on Merrill Drive. 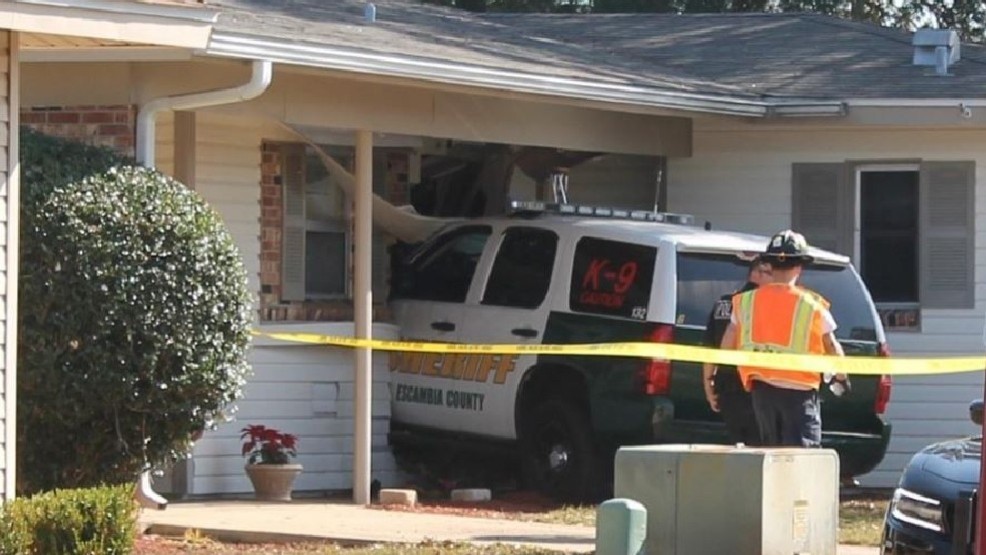 Dash cam footage caught the whole thing, and was presented to the State Attorney’s Office during the trial.

He no longer works for the Escambia County PD.

Taylor got special cop treatment from the court system and pleaded no contest to DUI and criminal mischief charges (fox13news.com). They totally skipped over the part where he saw his ex-wife standing near the door and tried to run her over.

He will comfortably serve two years of probation for the attempted murder of a woman he was once married to, instead of biding his time in jail with non-violent offenders.