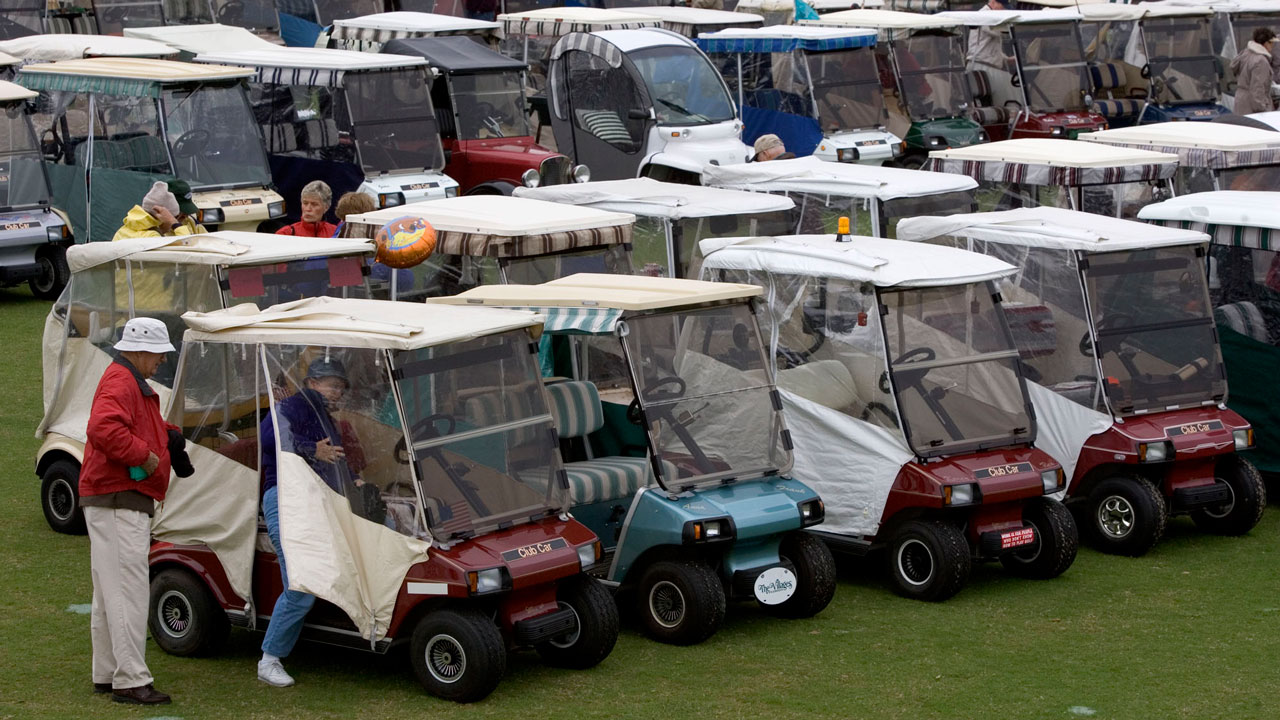 The Villages, a hilariously-large retirement community in Florida, is the fastest-growing “city” in the country—with more than 117,000 people, 48 golf courses, geriatric sex (with a resulting high rate of STDs), and absolutely no children (they’re only permitted to visit for up to 30 days a year).

Residents primarily drive golf carts, with some luxury models costing up to $25,000; others were tricked out last year in support of Donald Trump. In 2005 the corporate-owned and fake-historied community set the world record for longest golf cart parade—perhaps surpassed by only the 100-meter dash as the world’s most prestigious record—with 3,321 carts.

But earlier this week in The Villages, there was news of another kind: A drug bust, followed by the discovery of a possible golf cart chop shop. Sumter County sheriff’s deputies and a SWAT team raided one Villager’s house Wednesday morning, after complaints from residents; there, they arrested five people on drug charges—including sale of methamphetamine and possession of heroin. One man was charged with the real-sounding crime of “unlawful use of a two way communication device.”

But chief deputy sheriff Gary Brannan told reporters police also found what they believe to be a golf cart chop shop, after multiple golf cart parts were found in the home.

This is not the first time police have been involved in golf cart thievery at The Villages. Just last month, police made three arrests stemming from a golf cart theft ring in and around the retirement community.

Police said one of the men arrested in that undercover bust told them he steals about 30 golf carts a month. That’s one a day! Where do you even find the time to steal that many golf carts?

The elderly homeowner did not appear to be aware of what was going on in his home and was not one of the five arrested Wednesday, investigators said.

His niece, Kathleen Unrath, had moved in saying she was going to take care of him, but instead was allegedly running the illegal drug and chop shop businesses behind his back, deputies said.