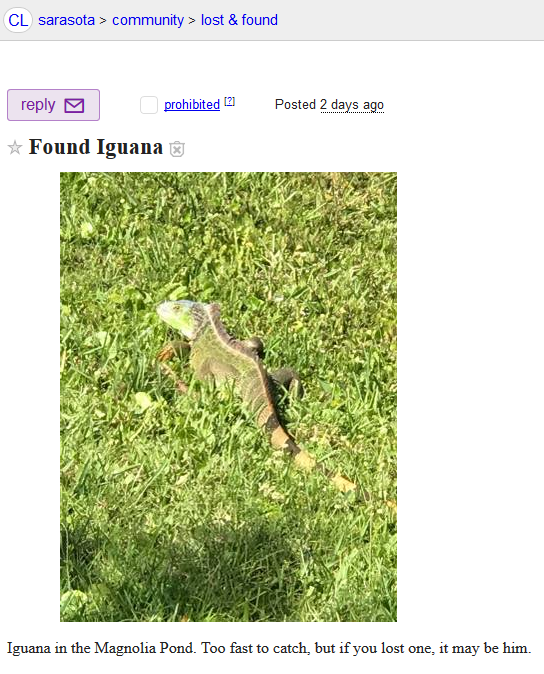 Posted to the Sarasota Lost & Found on Craigslist, with the caption, “Iguana in the Magnolia Pond. Too fast to catch, but if you lost one, it may be him.” » 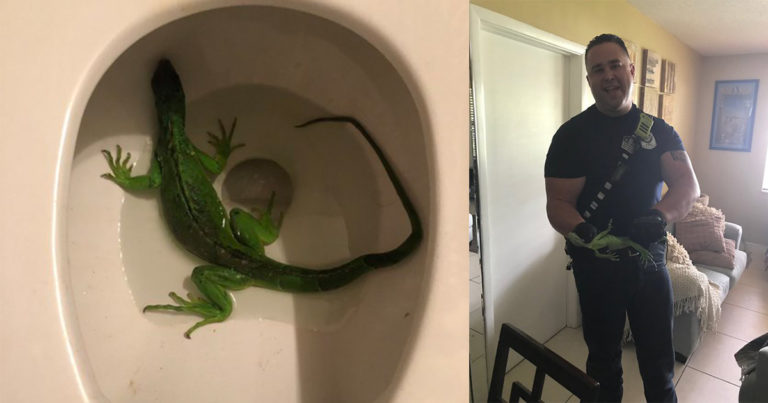 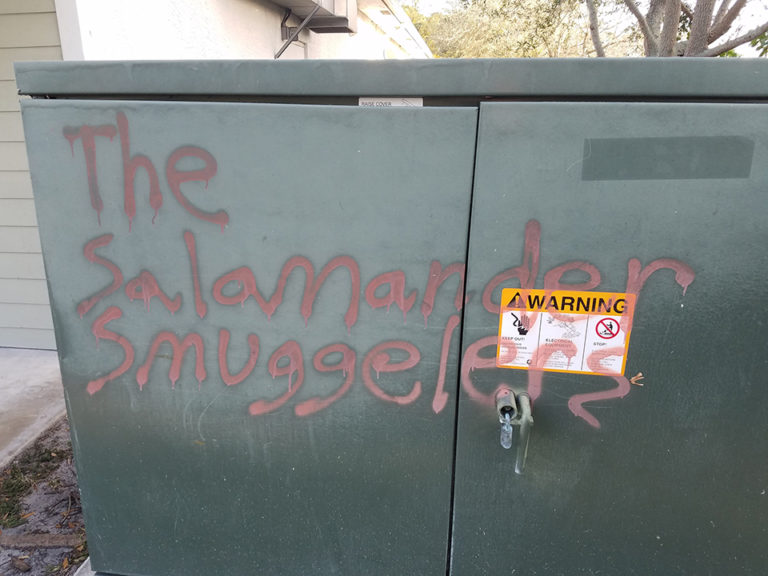 Apparently salamander smuggling is a thing now. The job does not require the ability to spell the word “smugglers” correctly. » 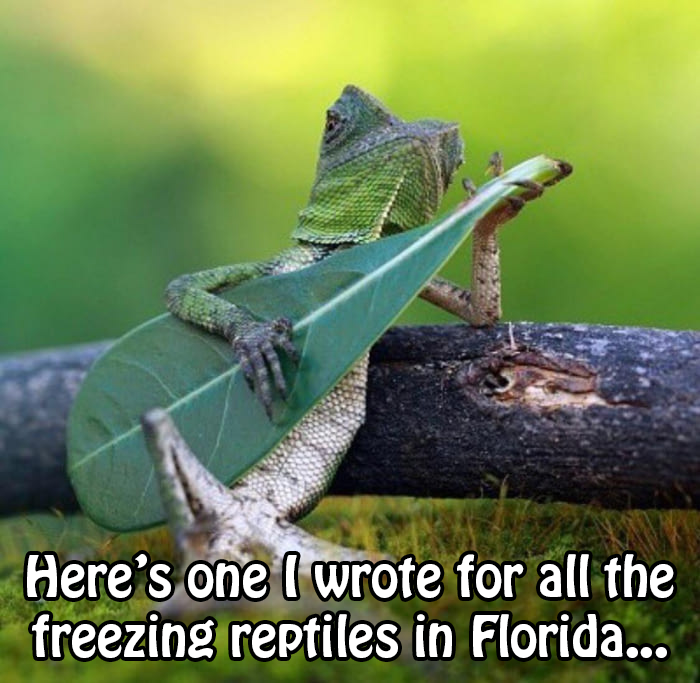 ♪♫♬ I’m just a lizard who got stuck in a blizzard, we freeze and fall from trees while the humans only shiver… ♬♫♪   Related story: Frozen Iguanas are Falling From Trees in South Florida » 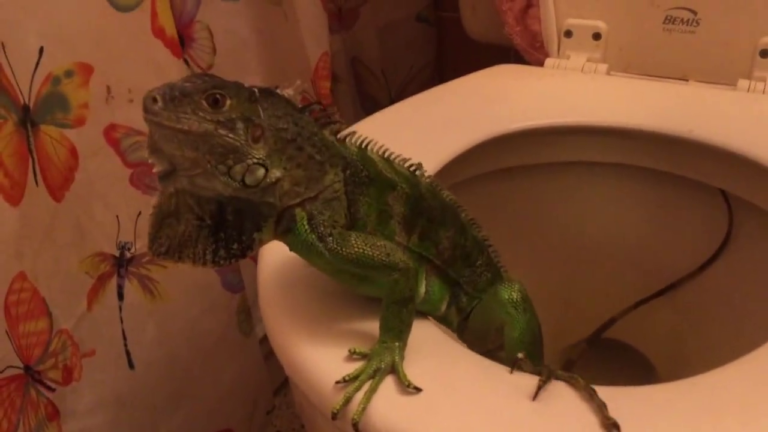 Video: Miami-Dade (WTFF) – A family in Hialeah found an iguana in their guest bathroom and caught it on video. » 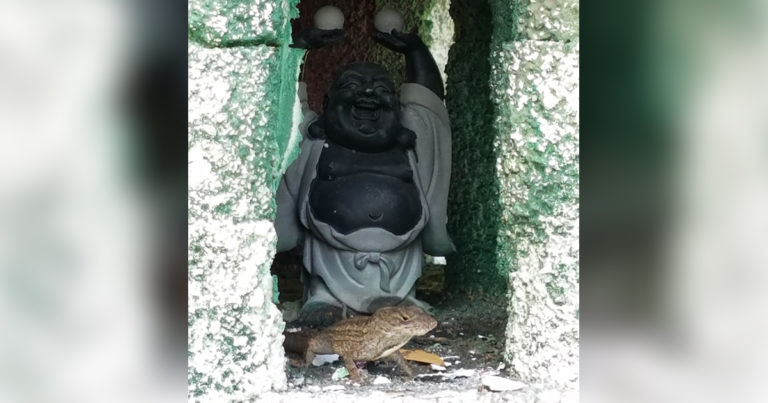 Never give up. Never feel alone. Never get discouraged. You see this lizard? All day long he chants Metta (loving-kindness) for YOU, because you matter. His name is Andy. He’s a Brown Anole who attained Arhatship (Nirvana, more or less). You can chant with him using the translation below… »

You wake up to find that you have turned into a lizard. What’s the first thing you do? Painting source: Hugo van der Goes – The Fall of Adam »