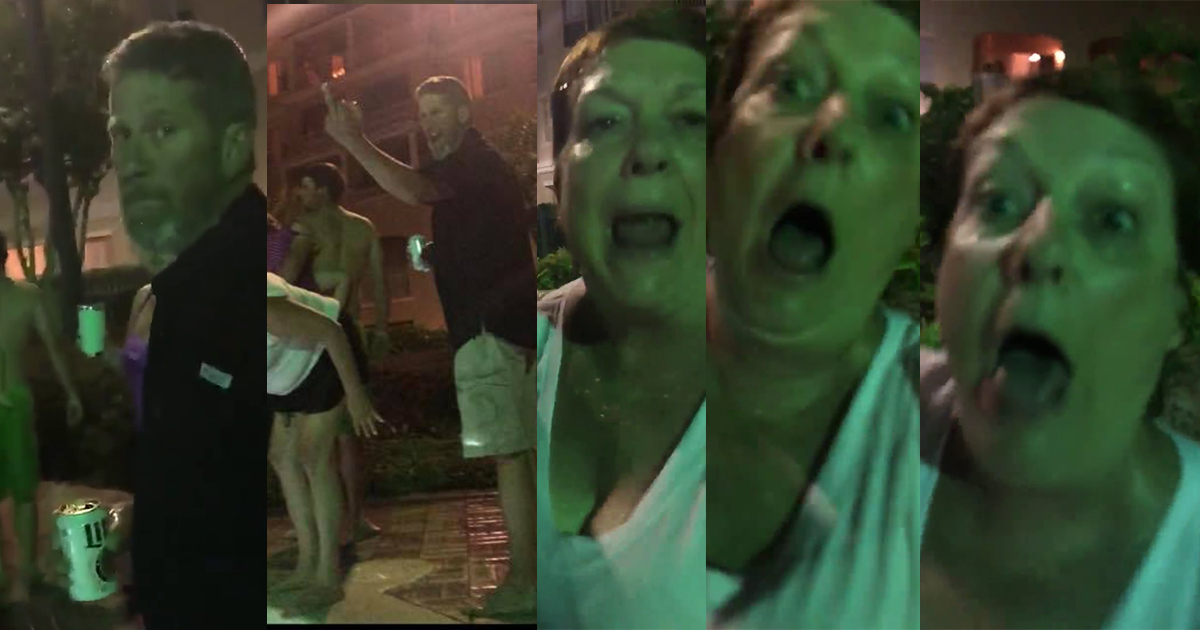 Editor’s note: Champions Gate is full of tourists. There’s a good chance this “Florida Couple” isn’t from Florida at all, but rather just visiting from somewhere. The “Florida Man” in the video is wearing a Georgia Bulldogs shirt. Often Florida Man and Florida Woman are bred and marinated in other states. They reveal their full form of stupidity in Florida, the state where they earn their editorial headline honorifics, such as the ones used in this article. We don’t claim them as our own, and they certainly aren’t Floridians.

Florida Man: “Get back in the pool…”

Those were the first words we hear from the feral Florida creatures on the video.

“No,” answers the black physician, visiting with her family. The confrontation started because the Florida Woman said “let’s leave these black bitches” after a splash fight in the pool between their families, according to Covey Bank’s post. Earlier, the Florida Woman was trying to force her daughter to piss in the pool next to them, and decided to just start “telling her kids to splash” the black family.

The drama increases as the video continues…

“Leave the black nigger alone,” snarls the drunk Florida Woman menacingly to the camera. She knows she can’t “stand her ground” because the video’s rolling. It was posted to Twitter as well.

She’s with what seems to be her mate. Both creatures appear to be drunk.

“Next time don’t come to Flawrduh,” drawls her Florida Man, holding a can of Miller Lite.

The Florida Woman makes some kind of gesticulation where she screams and waves her chest back and forth to establish dominance. The wild creature then smacks the camera phone.

She can be seen attempting to slap someone off-screen, though it’s not clear if she was successful in her attempted assault.

The Florida pair continue to verbally attack the tourists. The drunk Florida Man slurs, “that’s gon’ be assault,  that’s gon’ be assault…” and seems very pleased with his knowledge of law. He commands his Florida Woman to disengage with the targets, grabbing her and turning her to face the other direction. The video ends.

Hotel security didn’t really seem to care, as reported by Atlanta Black Star. They’re used to obnoxious tourists causing trouble, so this incident was of no real concern. Predictably, cops spoke to the white family first. “Stand over there and wait,” they told Dr. Covey Banks. The cops told them that if they wanted to press charges, then both families would be charged, “because [The racist Florida Woman] had a scratch on her arm.”

A woman was telling her daughter to pee in the pool we were in, while the little girl was crying and begging her mom to take her to the bathroom. The mom started looking around, we presumed for the bathroom, and we pointed it out to her. She started yelling “you don’t know what MY daughter is saying,” “I’m taking her to the bathroom,” “I wasn’t telling her to pee in the pool (guilty conscience), etc etc. Figuring she was embarrassed because she got caught being nasty, we paid her no mind. As she’s walking to the bathroom she tells grandpa? to “go up there.” He comes up and shortly after, she returns. She’s still saying stuff and telling her kids to splash us. After a couple of cannonballs, we started splashing too. I mean, we’re in a pool, we don’t mind splashing. Then the mom says “come on let’s leave these black bitches.” So now we’re calling names?! Sticks and stones… ok, leave, bye! But apparently they weren’t getting enough of a reaction out of us. The grandma starts yelling “black bitch” and “black bitches” as they’re exiting the pool. When the mom makes a threat I got out of the pool. The mom and the dad kept walking but the grandma and grandpa continued to antagonize us. You know they dropped the n-word. The grandma tried to swing at my niece and knock her phone out of her hand. I grabbed her arm and stopped her. See the video…

Afterward we called hotel security. Who do you think they talked to? Giving them the benefit of the doubt that the other party ambushed them, do you think they came to hear our side after? You know, from the party that actually called and who got harassed? Nope.

Then we called the police. Guess who they went to first? I went over to the officer, said I’m the one who called, and that they were the ones yelling, making threats and using racial slurs. The officer said “we got 2 calls and 2 cars are being dispatched. I’ll talk to them and you can talk to the other officer when he gets here. Go stand over there and wait.” Oh, word?!

We go over and wait, another officer comes and asks if I want to press charges. He said that we would both get charged because she had a scratch on her arm.

🙄 She screams, curses, yells racial slurs, obviously under the influence, swings at my niece but she got a scratch on her arm for being stopped and we’ll BOTH be charged?! 2/3 officers were rude and completely unprofessional. I gave my statement. Witnesses also came downstairs and wrote their statements in our defense.

Their behavior was completely and utterly disgusting. The follow-up was even worse. 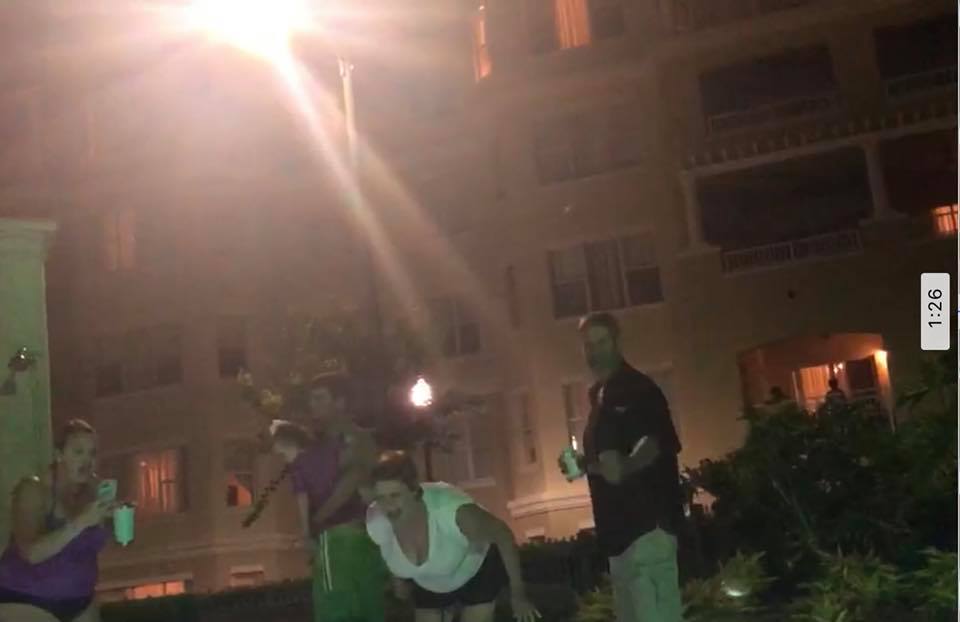 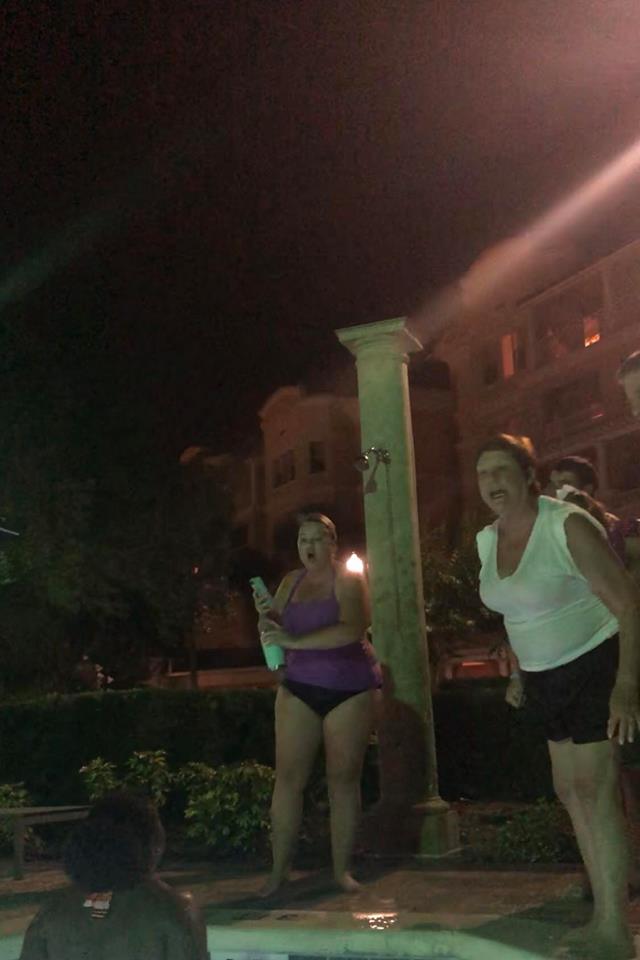 Floridians would like to remind the public that we are not racist in Florida. We think people like this suck. Florida Man and Florida Woman, as the editorial guidelines permit, are another species entirely. We love everybody here, even the fucked up bigots who are really just victims of hatred, delusion, and fear. Remember that hatred can never be defeated with more hatred.