Tallahassee (WTFF) – A video of a Chiles High School student yelling racial slurs and shooting a BB gun out of his truck window while driving will not result in criminal charges.

Another student posted a copy of the Snapchat video, writing:

As a Chiles High School graduate, I experienced the racial tensions first hand from my peers and classmates so this video doesn’t surprise me. I hope this boy and the person recording are held accountable for this video and their sick “joke”.

Here’s the video. VIEWER DISCRETION ADVISED: This kid has a really annoying high-pitched voice, and looks and acts like the typical “wannabe redneck.” The amount of cringe is painful, as the man-child attempts to be edgy by spouting off predictable racial epithets. You have been warned.

Our staff is not fluent in Redneck, but it sounds like he said, “I’ll cap your damn ass!” Then he definitely said “Niggers!”

“That’s another damn street shine nigger,” he said, or something like that. If you speak Redneck, please drop a comment with corrections at the bottom of the article.

The incident happened in Gadsen County, reports the Tallahasee Democrat.

A BB gun is not technically a firearm, so shooting it out the window wasn’t against the law, according to Lt. Grady Jordan, spokesman for the Leon County Sheriff’s Office.

“These things happen,” said Chiles High School Principal Joe Burgess, speaking to WCTV, reported by Raw Story. Burgess said the school investigated the video and found that “there was no threat to our campus at any time.”

The shooter successfully trolled a good portion of rational Americans, who called the school district and demanded expulsion. Leon County Schools Superintendent Rocky Hanna said they couldn’t do anything because it happened out side of school.

“We have little jurisdiction over what takes place off campus, during non-school hours, while students are in the custody of their parents,” Hanna said in a statement issued by the district Wednesday.

WCTV says that school officials are calling the video “appalling and disgusting,” which is standard PR practice. 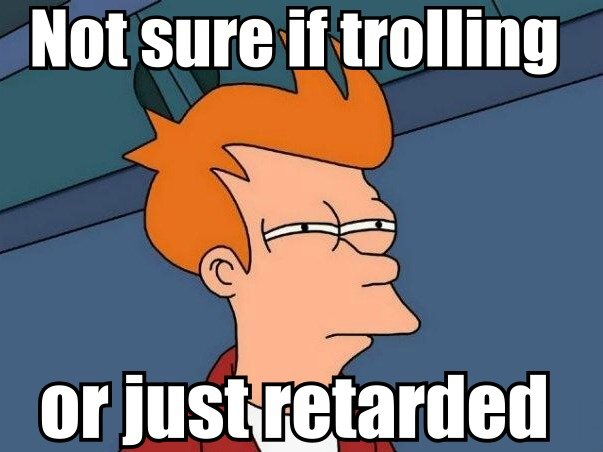 Don’t take the bait. As internet trolls lose their power due to the overuse of trolling (it just gets old real quick, and becomes boring), they start moving to IRL situations. IRL means “in real life” in case you’re a normie who isn’t from the internet.

Granted, we shouldn’t just ignore these trolls, because some of them are serious. There’s a lot of crazy ass white people out there who really think that demographic shifts are white genocide. That’s because of mental illness. We cannot allow this to become “normal,” because it isn’t. At the same time, we shouldn’t just ridicule them and call them names, because that’s just feeding the monster. We’re just a dumb crime site, so we don’t have the fucking answers on how to solve all these problems in our society, but at the very least we know that hate can never be destroyed with hate.

It’s also important to differentiate between obnoxious and tasteless racist “jokes” and systemic racism. If we focus on the former too much, then we lose focus on other more serious things like racial disparities in sentencing.

One of the “Devil’s” greatest tools is distraction. If people keep getting trolled into anger over stupid things that insignificant and obsolete people say, then we will waste our energy and lose the fight against real racism.

We should build our tolerance up, and not be so offended and shocked when stupid people say stupid things. Focus on our racist justice system instead, and stop giving so much power to stupid people.

Hate cannot be destroyed by more hate. That is a universal truth. It takes the patience of a saint to love your enemy, but you must understand that everyone is a victim of something, whether it’s racism, ignorance, fear, hatred, frustration, confusion, poverty, mental illness, and on so on.

You guys have no idea until you live in Tallahassee, the African Americans are way more racist outwardly than the whites…

All in Gadsden County