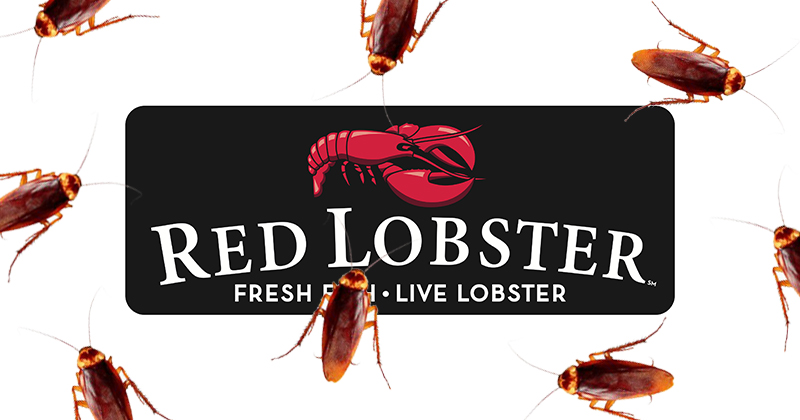 Lakeland (WTFF) – The Florida Department of Business & Professional Regulation cited four violations at a Red Lobster in Florida, causing the restaurant to shut down for a day.

They found several violations, including a high priority item (violation 35A-05-4) which read:

The very next day, April 19, the restaurant reopened and “met inspection standards,” according to public records.

Lobsters are the cockroaches of the sea, an idea that comes from years of detailed genetic research and also by looking at their buggy eyes, hard exoskeletons and gross antennae, but most Floridians aren’t ready to admit that. Since roaches in the kitchen are no big deal in Florida, fast food is the American standard, and Red Lobster has them delicious all-you-can-eat breadsticks, consumer habits will most likely not change as a result of these findings. Bon Appétit!