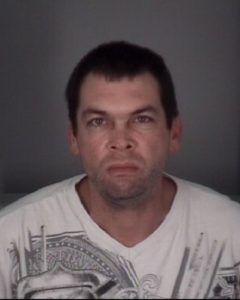 HUDSON — A man left a Dollar General store with a gunshot wound Sunday after he was accidentally shot by his own firearm.

Jason Trigger, 35, of Port Richey entered the discount store off U.S. 19 in Hudson at about 3:30 p.m. to pick up boxes for a friend. Tucked against his right hip was a .25-caliber handgun that, as Trigger walked into the building, came loose. When it hit the floor, it fired a round into his right ankle, according to a Pasco County Sheriff’s Office news release.

Trigger left the firearm on the floor and limped toward a Buick in the parking lot with two other people, according to the Sheriff’s Office investigation report. He then went to Regional Medical Center Bayonet Point, where he was contacted by deputies. As of Monday, he was still recovering, the Sheriff’s Office said.

Trigger has several past felony arrests in Pasco, dating back to 2009. After Sunday’s incident, he now faces a charge of possessing a firearm as a felon.