“Warning: All homos will burn like faggots in hell.” 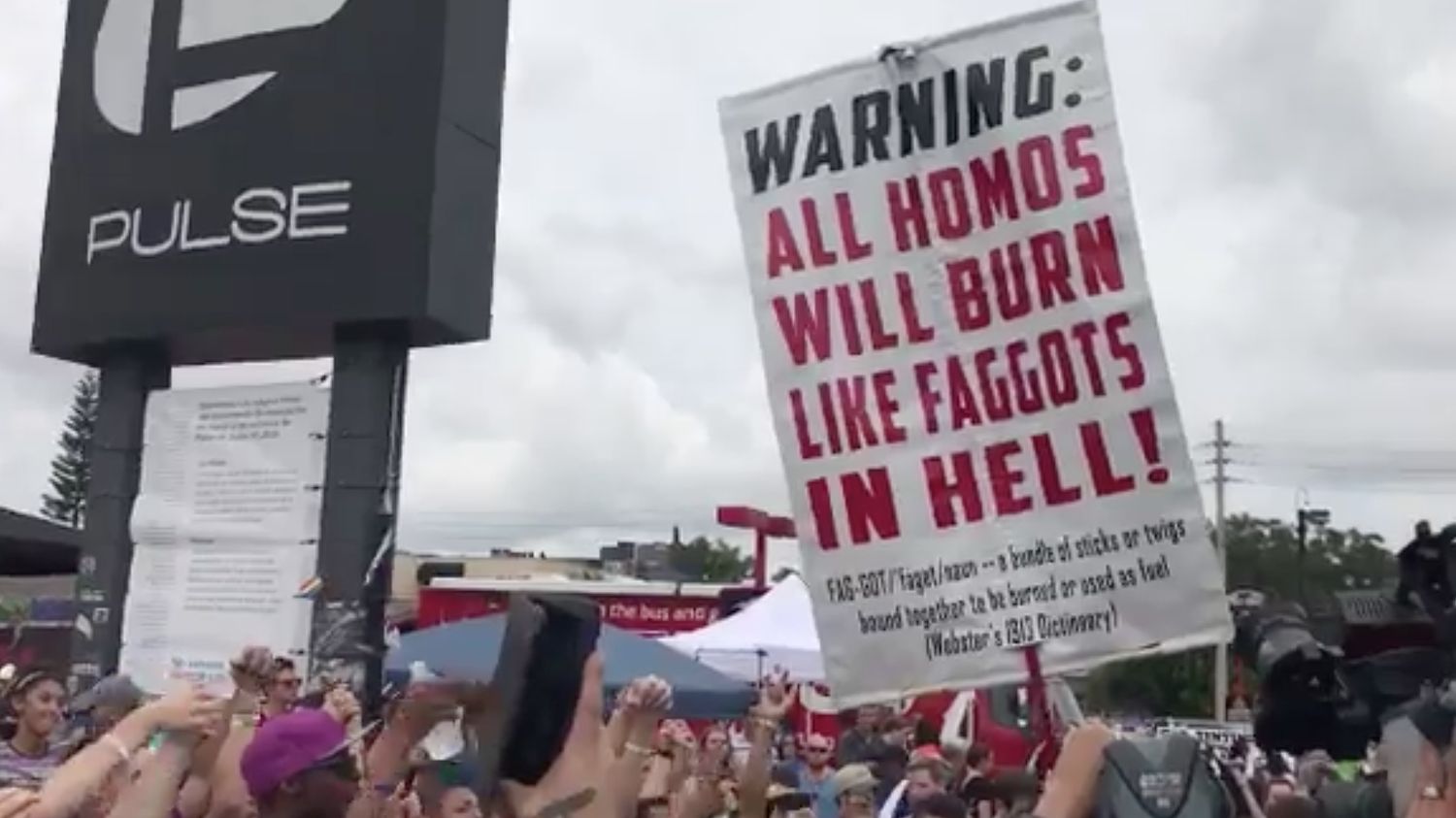 Police handcuffed an anti-LGBT protestor outside Orlando’s Pulse nightclub today, the one-year anniversary of the brutal attack on the nightclub that left 49 dead and many more wounded.

The unnamed suspect was one of three demonstrators holding signs reading homophobic messages like “Sin = Death” and “Warning: All homos will burn like faggots in hell”

As he was cuffed, the crowds chanted “Love conquers hate.”

Authorities have not said why he was detained, but the incident took place after a remembrance ceremony for victims and first responders. “We are not here to relive the horror of that day,” said Orlando Mayor Buddy Dyer.