Leesburg (WTFF) – A man was arrested for domestic battery after an argument with his girlfriend started over a text he received.

It all started over a text, according to the arrest report.

Brian was spending quality time with his girlfriend in their Blueberry Hill apartment when suddenly his phone got a notification. The message was from the mother of one his kids “from a prior relationship.” Uh-oh.

His girlfriend was mad and started arguing with him. He was born in Miami, so baby mama drama is to be expected.

He couldn’t “deal with” the Florida woman’s nagging, so he called the cops to “come fix the situation.”

When the arresting deputy arrived, he saw a pile of clothes outside their apartment. Inside, he noticed that a table was flipped over.

He spoke to Brian’s girlfriend, who said that Brian had flipped the table over and thrown an alcoholic beverage in her face. Then, according to her statement, he grabbed a bunch of her clothes and started throwing them out the front door into the yard.

Her shirt was wet and smelled like alcohol, matching her story. She did not sustain injuries.

They have one child together, and another in her belly on its way.

Her boyfriend that called the cops was arrested, placed into custody, and was taken the Lake County Jail.

In case it wasn’t apparent that he has “no love,” he tattooed it on his belly: 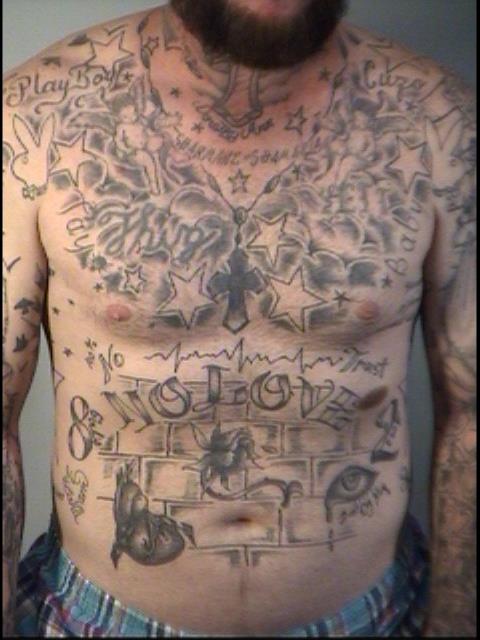 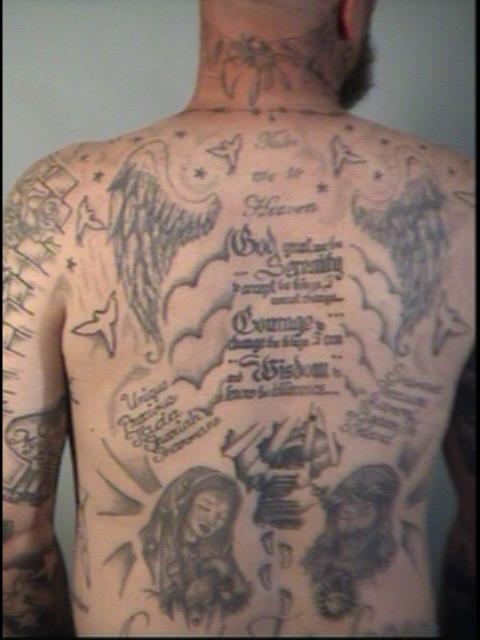