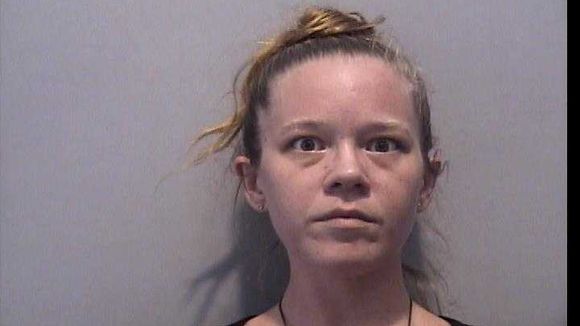 Fort Pierece (WTFF) – A Florida woman was arrested after allegedly crashing into a St. Lucie County sheriff’s patrol car at the jail.

33-year-old Kelly Lynn Dendler is a typical Florida driver. She has no license, and has a difficult time not crashing into things.

On May 11 she was parking her Chevrolet Tahoe in the visitor parking area of the St. Lucie County Jail. It wasn’t mentioned in the TC Palm article why she was there, but usually Florida Womans show up at jails to visit their Florida Mans.

That spot wasn’t good enough though.

The arrest affidavit states that “she passed a parking spot, put her vehicle in reverse and backed into (a deputy’s) patrol car”

She was quoted as saying: “I was lazy and wanted to park closer.”

Investigators also found a little weed and a wooden pipe in her makeup bag, a fact which some people will exploit via the “False Cause” logical fallacy in order to demonize the herb. News organizations are notorious for this.

Dendler was arrested and charged, so far, with knowingly driving while her license is suspended, possession of less than 20 grams of marijuana and possession of drug paraphernalia.