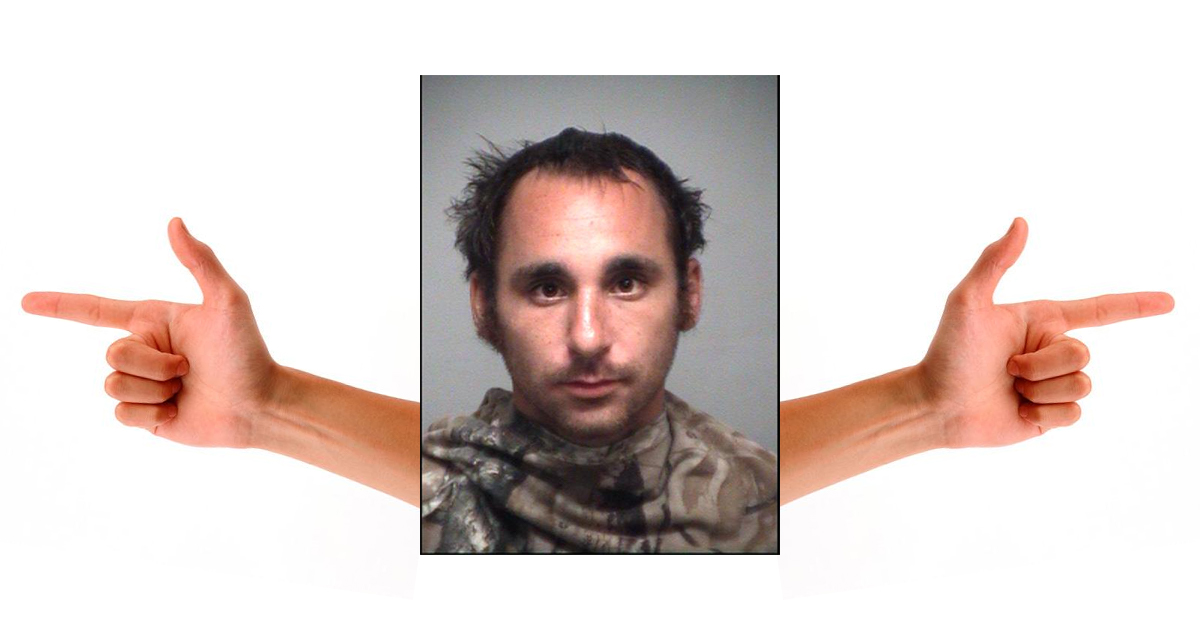 Eustis (WTFF) – A Florida man who tried to buy beer from a gas station he was previously banned from was arrested.

27-year-old Thomas Gray of Eustis, FL was arrested on Monday, a little after 5:30 pm.

According to the arrest affidavit, he was at the EXXON gas station on CR 452, where he was previously banned for using counterfeit bills. The gas station owner/clerk told him he was trespassing, and asked him to leave. Naturally, the Florida man did not leave, and continued to browse the cooler section.

When the clerk refused to let him buy beer with cash, Gray started “cursing at him and his family.”

He then “extended his pointer finger and thumb in the shape of a gun and pointed it at him and customers, make a shooting motion.” He also reportedly made comments about killing the clerk and his family.

The store owner then pulled out a stun gun, scaring the Florida man away.

An officer located Gray “walking north on S.R. 19 making motions with his hands.”

When he saw the cop, he ran away, “stumbling across S.R. 19 into the median.” He continued “making hand gestures resembling a gun,” pretending to shoot at vehicles as they drove home during rush hour.

While the officer patted him down for weapons, he asked Gray about the trespassing. He replied that he knew he was trespassing, but just wanted to buy some alcohol.

“The f*cking Iraqi wouldn’t sell me any,” he told the officer.

Gray was arrested and charged with Disorderly Intoxication in a Public Place Causing Disturbance. He was not charged with trespassing because he already left by the time the officer arrived. His bond remains at $500.