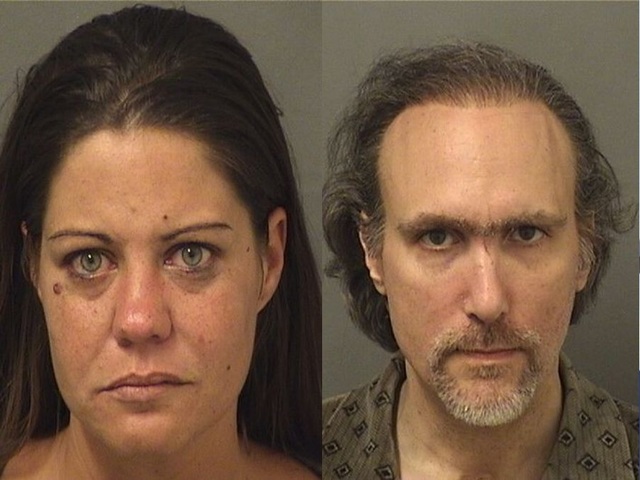 PALM BEACH COUNTY, Fla. – Two people are charged after a 1-year-old child overdosed on heroin at a suburban West Palm Beach home early this year, according to the Palm Beach County Sheriff’s Office.

Hospital staff gave the child two doses of Narcan to “revive the child back to life,” records state.

Charlie Hagan told deputies she was asleep on July 2 and the baby was in another room with Joseph Critelli. She said she woke up to talk to Critelli when they noticed the baby “acting fussy,” according to an arrest report.

Records show Critelli called 911 after trying to put the baby to sleep because she cried and made a raspy type noise. Critelli took the child outside and began CPR on her.

When deputies spoke to Hagan at the hospital, they say she told them she overdosed earlier in the week on heroin and went to the hospital because she nearly died.

Deputies then spoke with Critelli and said it appeared he was under the influence of a narcotic. Critelli said he is a pharmacist and is taking medications for his current condition.

Hagan said she is a certified nursing assistant and medical assistant, but records list her as unemployed.

The relationship between Hagan, Critelli and the baby is not immediately clear.

Deputies arrested Hagan and Critelli on Sept. 21 and charged them with child neglect. They were taken to the Palm Beach County Jail and later released on $3,000 bond.