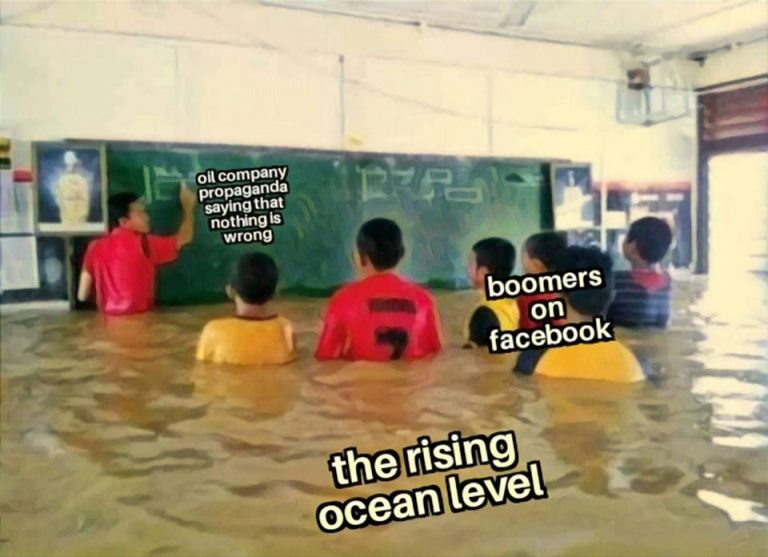 Nearly a billion dollars a year is flowing into the organized climate change counter-movement. (Smithsonian, 2013) » 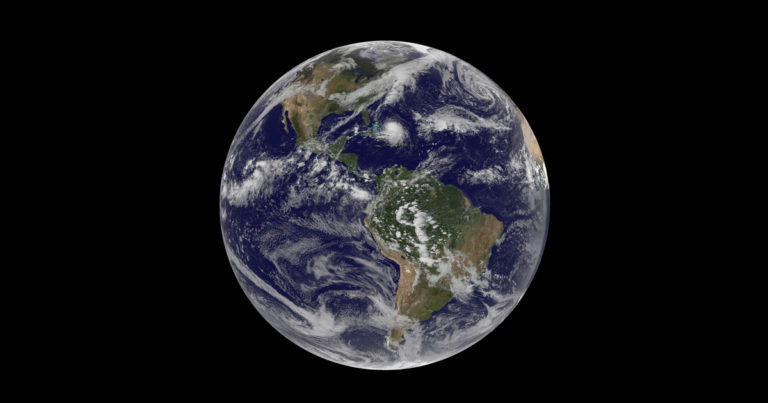 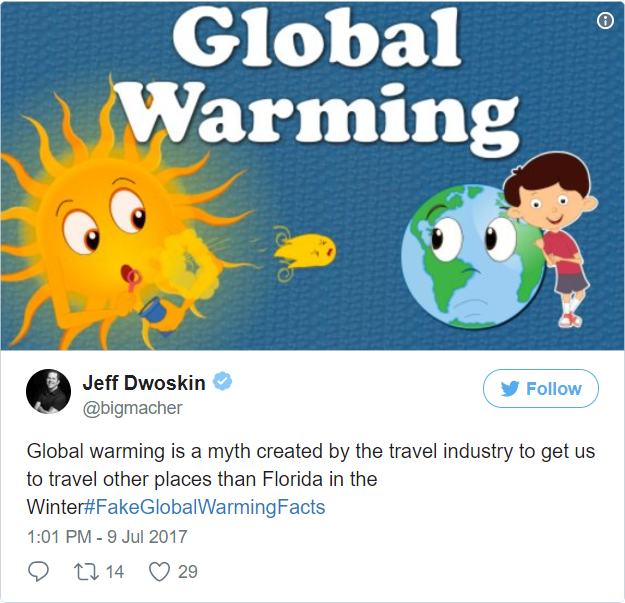 If Global Warming is real, why can’t ANY so-called scientists explain why it gets cooler at night after the sun sets? -Florida Man » 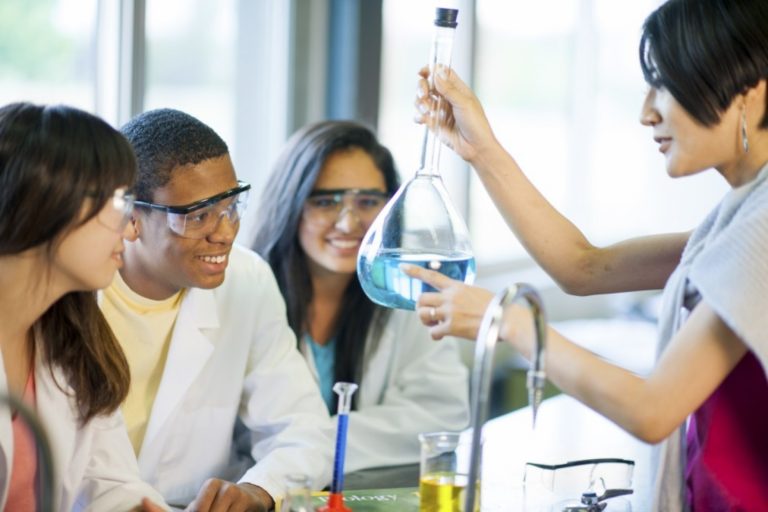 Any resident in Florida can now challenge what kids learn in public schools, thanks to a new law that science education advocates worry will make it harder to teach evolution and climate change. » 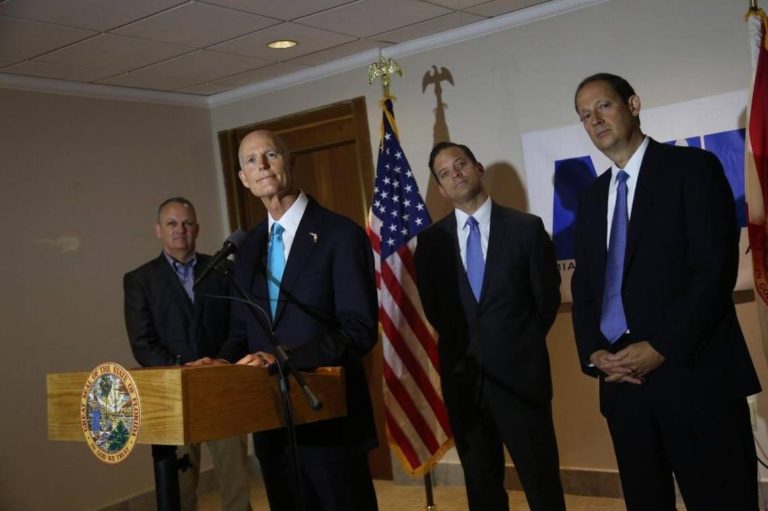 Of Florida’s top three Republican leaders, only one of them — Senate President Joe Negron — is willing to say, grudgingly, that human activity contributes to climate change. Gov. Rick Scott and House Speaker Richard Corcoran won’t go there. Asked repeatedly Friday if man-made climate change is real, as a broad consensus of scientists have […] » 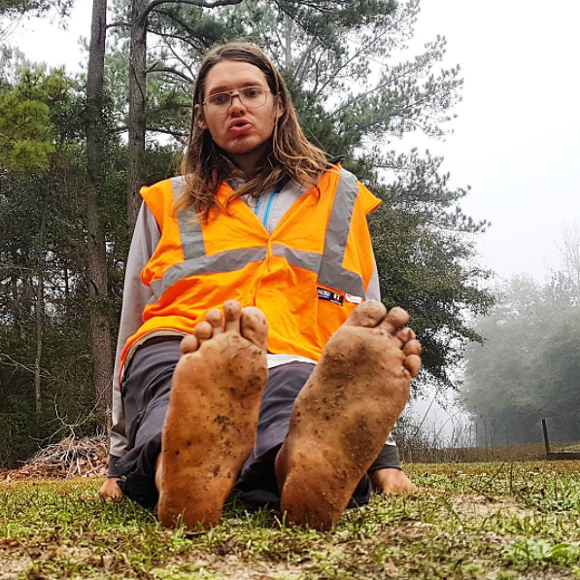 Mark Baumer, an activist who was walking barefoot across the U.S. to raise awareness about climate change, was killed in Florida by an SUV driver who officials say veered off the road. The Washington Post reports Baumer, 33, was a poet and author who started his barefoot journey in October. He walked all the way […] » 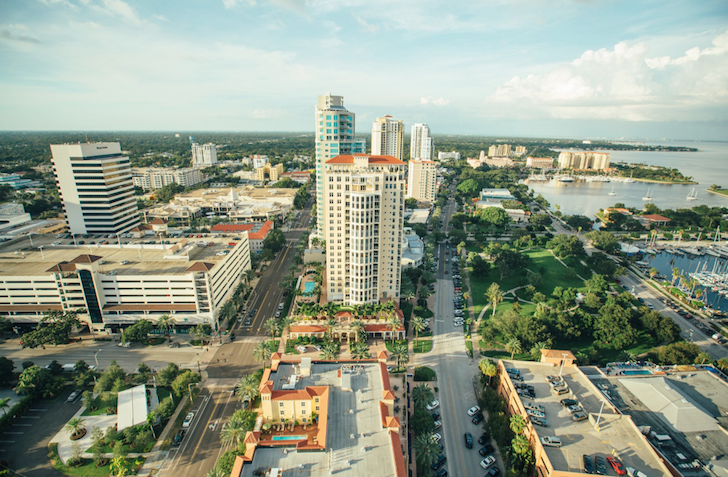 St. Petersburg will become the first city in Florida to rid themselves of using fossil fuels. »