Authorities say a Florida police SWAT team shot and killed an armed woman who had been threatening suicide.

The Broward County Sheriff’s Office says a Sunrise Police SWAT team went to an apartment Friday where an armed woman had barricaded herself inside and was threatening to kill herself.

Sheriff’s spokeswoman Veda Coleman-Wright said in a press release Saturday the woman stopped communicating with officers, so the SWAT team entered the apartment. She says the officers encountered the woman and shots were fired. She died at the scene. No officers were hurt.

The woman’s name has not been released. The Sunrise Police and Broward Sheriff’s Office did not immediately respond to phone and email requests for immediate comment. 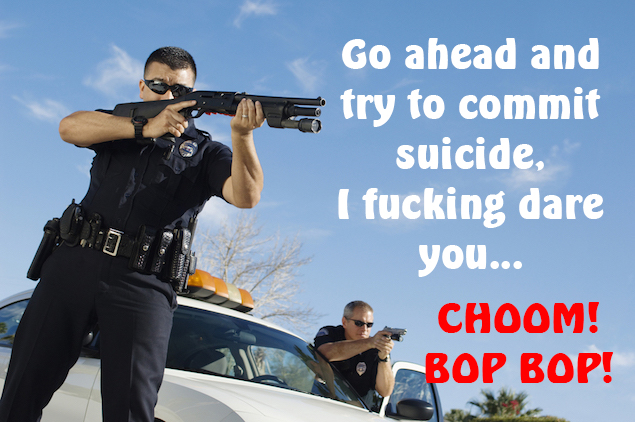