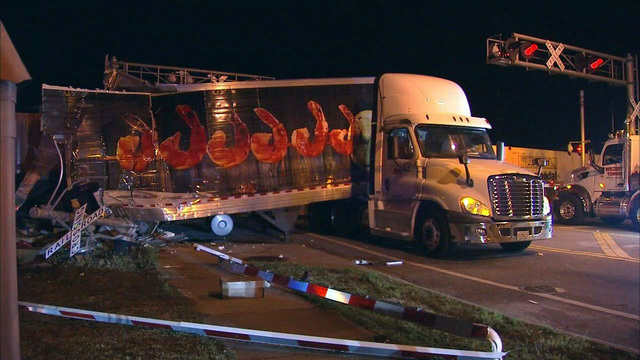 Lakeland (WTFF) – A train ran into a semi-truck and ripped open a free supply of frozen food to the locals.

On Wednesday morning, a Colorado Meat and Seafood Company semi truck was cruising down Ingram Avenue and stalled on some train tracks.

The driver got out and tried calling CSX, who oversee the “oh shit there’s an oncoming train” department. He was able to contact them, but the Florida gods intervened before their department could. 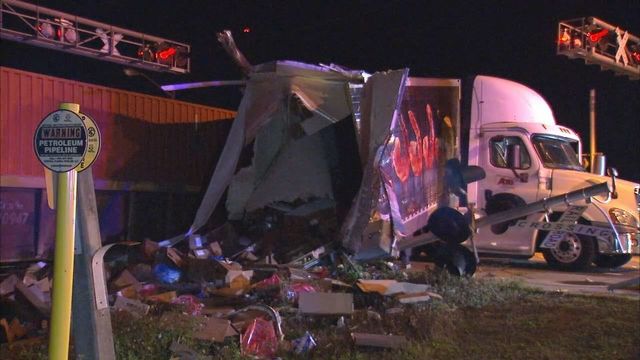 A train tore through the trailer of the truck and sliced it in half.

Hundreds of boxes of frozen food lay scattered on the ground… 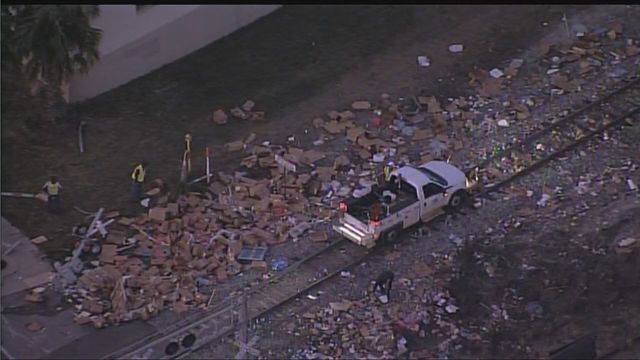 The company said they don’t want the food anymore, so CSX employees starting the clean up. They picked up several of the boxes and chucked ’em in the nearest dump. Then a Christmas miracle happened… 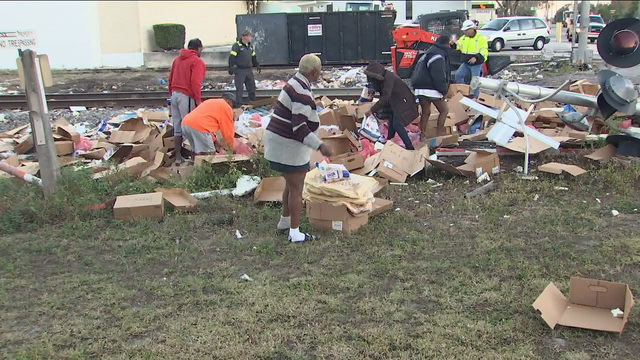 Groups of Floridians showed up and began to help the crew humanely dispose of the food.

“People are hungry,” said Jessie Woulard. “Some people are so hungry they’ll wash it off. Everybody needs something. It’s Christmas.” (Fox 13) 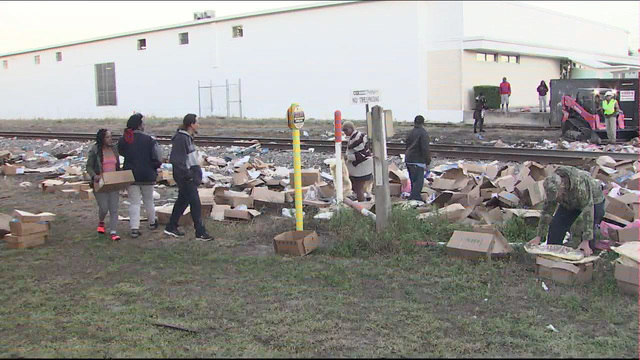 Lakeland P.D. was cool enough to let this peaceful and logical exchange take place for at least an hour. Mess was getting cleaned up, and hungry people were getting fed. Everybody wins. Then it was back to business, and CSX cleared the area in order to open the train tracks back up. 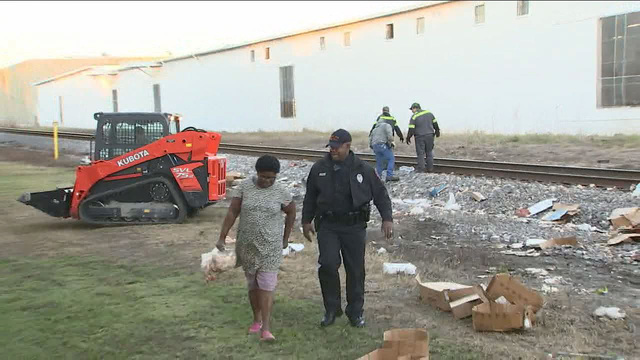