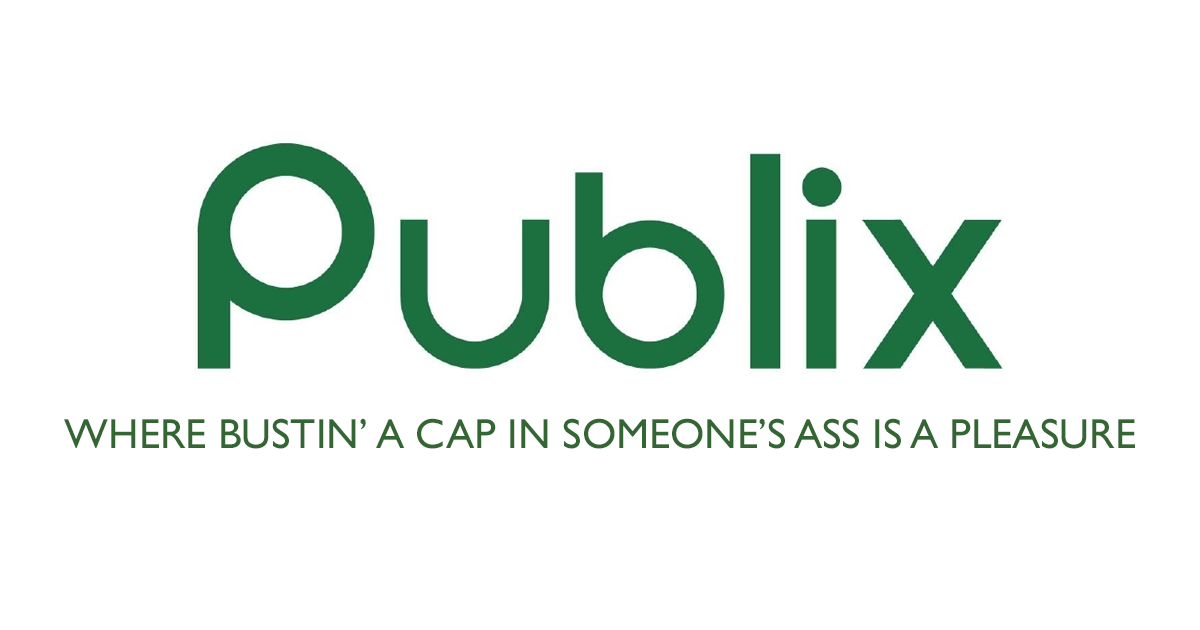 Tallahassee (WTFF) – A Florida woman has been accused of pulling a gun out on a shopper outside of a Leon County Publix.

According to Leon County sheriffs, 36-year-old Jessica Mock was in a checkout lane on Sunday. She stationed her cart there and left the line for a moment to grab more overpriced groceries (EDITOR’S NOTE: this journalist has since been flogged for writing such blasphemous things against Publix, blessed be the name).

When she came back, she noticed that a Floridian woman had gotten ahead of her.

They started arguing, and the Florida Woman Jessica changed lines, according to AP. The Floridian finished checking out, went outside, and went to return the cart.

That’s when the enraged Florida Woman pulled a gun out and pointed it at the Floridian.

She’s been charged with aggravated assault with a deadly weapon without intent to kill, according to the Orlando Sentinel.

Legal Notice: The Publix slogan is parody. The fair use of copyrighted works for purposes such as criticism or comment is not an infringement of copyright. See 17 U.S.C. § 107.

Send all complaints to our Complaint Department. We only take things down if we get a court order from a United States court, or if you ask nicely and the editor’s in a really good mood.

I am so sad that the world we live in today is so violent. It’s like you cant drive, shop, go to church, a sporting event, a club and most recently and frequently these days, school! You just don’t know at any moment wherever you are there could be a person that could just go off for any reason. We are not supposed to live in fear the Bible teaches and I am a woman of faith, but it is hard sometimes when we live in a world like it is today.