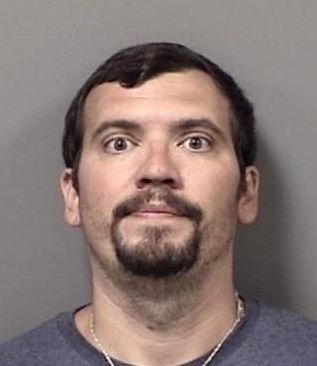 Crystal River (WTFF) – A Florida man was arrested after allegedly choking a motorist and drowning a cat while “trying to kill the devil.”

On Tuesday, 35-year-old Daniel Thomas Roach reportedly opened the door of a random car and wrapped a garden hose around the driver’s neck.

The victim kicked him away and drove off to escape.

Citrus County Sheriff’s Office deputies were on the lookout for a Florida man wearing blue pajamas. Neighbors around the intersection of Elmwood Point and Fanwood Lane in Crystal River where the incident happened told deputies they saw a Florida man walking around screaming.

Suddenly, a pajama-wearing Florida man appeared, walking out of the woods off of North Winterset Avenue.

Deputies cuffed him, and he said, “The devil is all around,” according to an arrest affidavit collected by Chronicle Online, who shamelessly reported on the bizarre antics of a man who is very likely schizophrenic.

Reportedly, the Florida man also asked the deputy to shoot people driving by because they were the devil.

He mentioned that he killed a cat. Police found a small black cat floating in his pool.

Roach was charged with burglary with battery, and animal cruelty. Skipping the mental hospital, and going to straight to jail, his bond was set at $27,000.

All in Citrus County