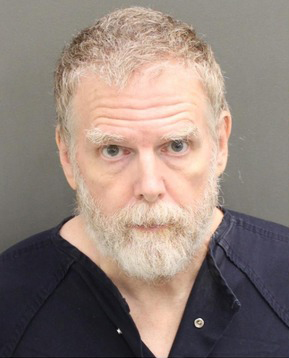 Orlando (WTFF) – Eyewitness reports of the “same naked guy” led to an arrest when video evidence caught a Florida man working out in his apartment complex naked.

Kerry Haynes was identified as a tenant at Andover Place Apartments by a “leasing consultant.” The salesperson freaked out when she saw one of the tenants running around naked. Apartment Sales is hard enough without your leads being greeted by some white guy with his balls out. News 6 reports that she asked a maintenance worker to check it out.

The maintenance worker found him riding a stationary workout bike, naked, at the community center gym.

He asked the naked Florida Man what he was doing, to which Kerry replied:

Police were called and eyewitnesses were eager to tell someone about their Florida Man experience.

He also urinated in the community pool.

Being escorted out and facing charges of exposure of sexual organs, disorderly conduct, and indecent exposure, the leasing consultant explained to the deputies that he’d been walking around naked like that for a couple weeks. Just another day in Florida.