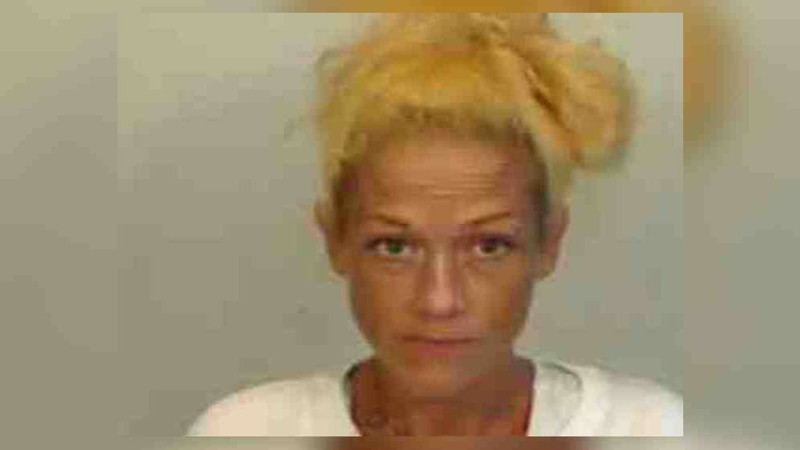 Joseph DiNovo owns a house at 30152 Coconut Highway, but like most people in the Keys, lives elsewhere.

When he was off travelling, Tina Perron, 39, and her boyfriend Sky Gerry Rockett, 47, decided to move into the house (or under it rather, in the stilted bottom half that’s not impervious to flooding.

Rockett and Perron ran The Underseas Dive Shop and lived there together. The dive shop closed March 17 and the landlord took possession of the property, which is when the couple became “essentially homeless,” according to FL Keys News.

During their life, they had collected many “things.” They brought many with them.

In boxes under DiNovo’s house were Perron’s cosmetologist license and clothes, along with letters from the Florida Department of Revenue addressed to Rockett, a battery tester with the words “Sky Rockett” written on the handle and Rockett’s 1987 Most Valuable Defensive Player football trophy from Marathon High School.

There were also 28 garbage bags full of clothes, two queen-sized mattresses, multiple car parts, a freezer, a flat screen TV with a DVD player and soundbar and other household items.

The homeowner got tipped off when he saw a utility bill showing that nearly 300 gallons of water had been used while he was away.

There’s a shower down there, and these two had been reveling in it for a while.

After being served a warrant in Miami-Dade County on Aug. 11, Perron was arrested for two counts of felony grand theft, felony littering over 500 pounds and burglary of an unoccupied dwelling and taken to the jail on Stock Island. Her bond is $9,000.

Sheriff’s Office spokeswoman Deputy Beck Herrin could not say whether a warrant has been issued for Rockett.