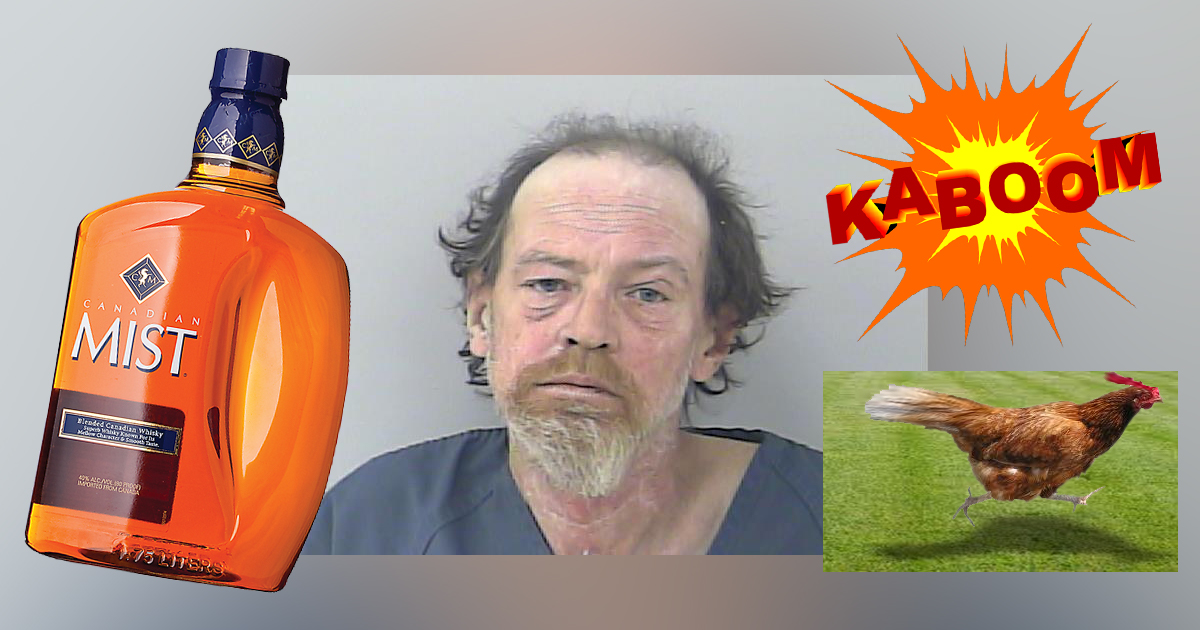 Fort Pierce (WTFF) – A Florida man was arrested for allegedly making a homemade bomb and tossing it into a yard full of chickens.

55-year-old Scott Wegener was arrested by the St. Lucie County Sheriff’s Office, according to CBS12. He was booked on Wednesday.

A witness said that Scott made an IED with a plastic Canadian Mist bottle. The cheap whisky inside was replaced with black powder and sand. A green fuse was added.

He “wanted to kill the chickens,” so he lit the fuse and tossed it into the backyard where the devolved dinosaurs were hanging out.

Investigators found little plastic pieces of the bottle and remnants of sand and black powder scattered in the yard. The witness showed detectives a bag that Scott left behind containing a pound of Pyrodex FFg black powder, 8 feet of cannon fuse, and a coffee cup full of sand.

Scott Wegener was charged with “Explosive-possessing – make or attempt to make destructive device” and is still in jail with a $30,000 bond.

The dispute was over a BB gun, according to the TC Palm. Scott, also known as “spider” had reportedly offered to pay a friend to crawl under the man’s home to plant an IED because of a BB gun theft.

It was not reported if the chickens survived.

UPDATE: had to screenshot this amazing ad placement… 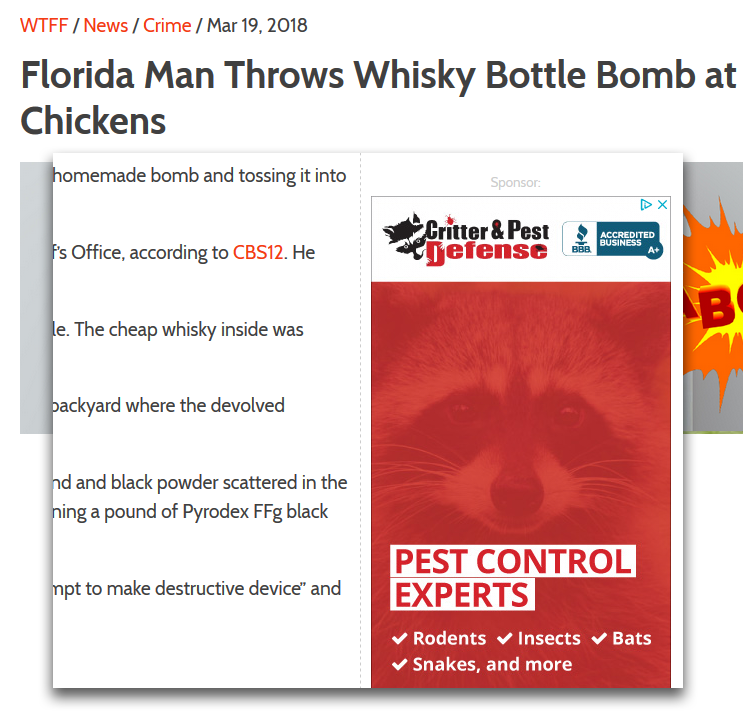 Why am I not surprised by this? Because it’s same old Scotty. I always knew he would make the news some day.