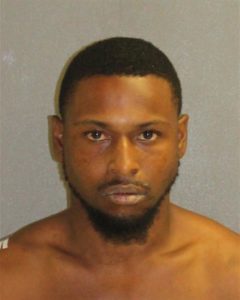 Deltona (WTFF) – A Florida man was arrested after causing two more crashes after fleeing from a crash.

Like most Florida Mans, he was driving with a suspended/revoked license. He “fled that crash by driving over the raised median into oncoming traffic,” because that seemed like a good idea at the time.

Heading west in the eastbound lanes, he “then crashed into a silver Mazda 6.” Fleeing again, the feral creature finally managed to collide “head-on with a black Chevrolet Malibu,” which broke the Florida Man’s car.

Some of the crash victims tried to help Bennett, and went up to check on him. The Good Samaritans received an unexpected reply.

“Fuck this, I hope you die!” the Florida Man shouted at the Floridians. They all ran away.

The crashes happened at DeBary Avenue and Main Street. Nobody died. Two people were taken to the hospital with non-life-threatening injuries.

Bennett cried like a bitch that his shoulder hurt. He “was taken to the hospital for evaluation, which revealed he was not injured.”

He was being held without bond on the violation of probation charge; his bond for Thursday’s charges was set at $6,000.

Video footage of the crash scene: