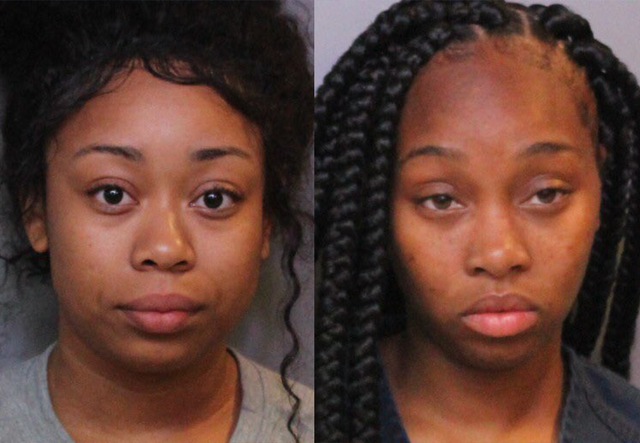 WINTER HAVEN, Fla. – Two childcare workers have turned themselves into police custody after a video surfaced of them berating, taunting and throwing a backpack at an 8-year-old child with autism.

On September 1, Winter Haven PD found out about a Snapchat video showing 26-year-old Kaderrica Smith and then 19-year-old Alexis Henderson taunting, aggravating, yelling at and tripping a student at Our Children’s Academy.

The 8-year-old is seen and heard in the video crying and hiding underneath a table while Henderson and Smith continue to taunt him.

At one point the child tries to run towards one of the workers when she grabs his arms and sweeps his legs out from under him causing him to fall.

The video lasts about three minutes and at one point shows one of the workers throwing a backpack at the child, hitting him in the face.

In initial interviews, the two said they felt they were acting appropriately and did nothing wrong. Henderson and Smith just received their certification for childcare last month.

“Those aren’t methods that you can even begin to defend as being used to defuse a situation with an autistic child,” said Bird.

They were each immediately fired by the faculty and DCF placed a hold on their certifications.

The child was interviewed by a DCF Child Protection Team member on Sept. 15 and it was determined the acts were criminal.

Police were initially unable to locate the two, thus giving reason to issue a warrant.

“These workers were supposed to be trained in how to handle children with behavioral issues,” said Bird. “They are trained to deescalate situations, but that obviously did not happen.”

ABC Action News made several attempts to get comment from Our Children’s Academy, but phone calls went unanswered and a worker at the front door said no one was available.

On Friday morning, Smith and Henderson turned themselves into to police custody where they were booked into the Polk County Jail. Henderson, who was charged with Child Neglect has bonded out. Smith, who faces charges of Child Abuse and Battery is being held without bond. Smith will have first appearance on Friday.