Now that it’s finally warming up (above 60-ish), Florida Woman gets to be free and check her mail in the nude.

A local named Krissy caught her on video and was kind enough to upload it. 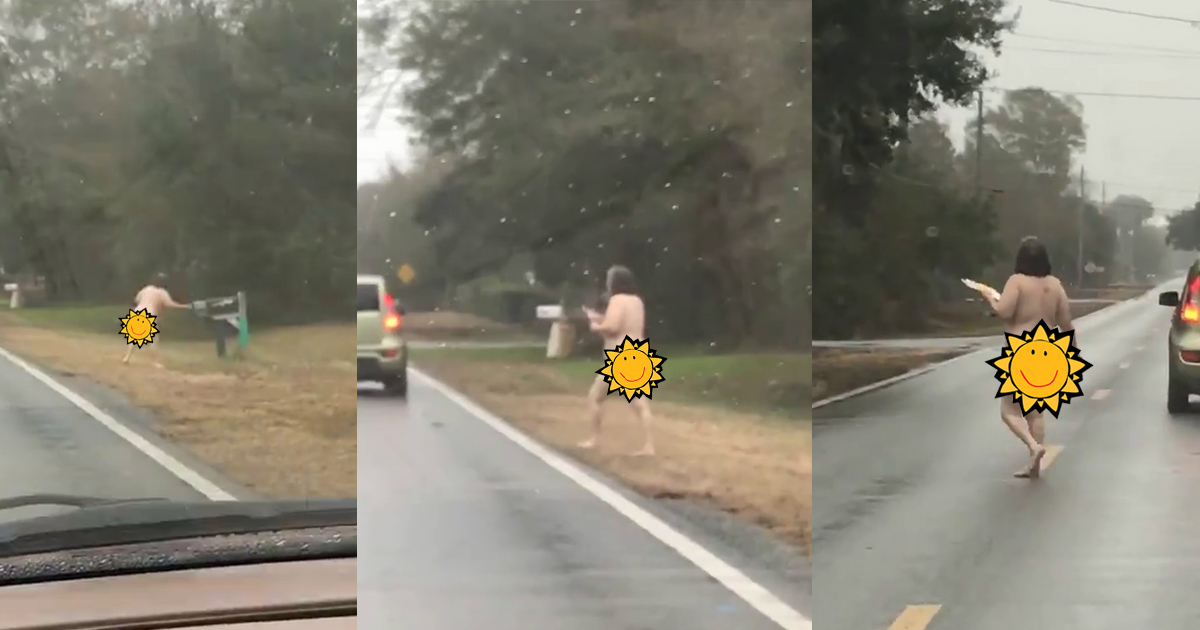 We removed the video because one of the family members messaged us and claimed that she has mental problems. Even though they could be lying, it’s not worth the moral risk if it is true. If we find out they were lying just to save face (like many people have done), we will put the video back up. If we find out they were telling the truth, and they want to explain their side of the story, we will post that. Until then, no video. In an age where deplorable morality is applauded, we’re going to be that WTF moment where a little compassion is actually shown. 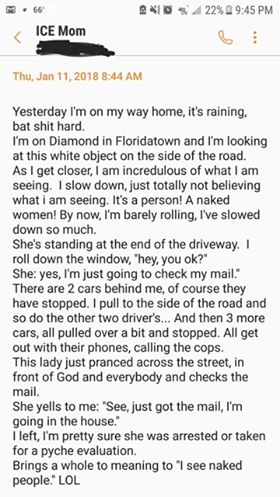 This Florida Woman is one of the good ones, and is not fueled by rage and alcohol like her bad counterpart. She simply waves at us to say hi. Per the Florida Almanac, this activity indicates that Winter will soon be over; the more nude activities you spot in January, the sooner Summer will arrive.

Krissy called the cops and waited almost an hour, but they never showed up. She chatted with the woman while they waited, and she explained that she just likes to be in the nude.

EDIT: This article originally stated this happened in Pensacola, but it didn’t. This was in Floridatown, a census designated area in Pace, within Santa Rosa County. Sorry for the mixup, the journalist who made the mistake has been flogged.