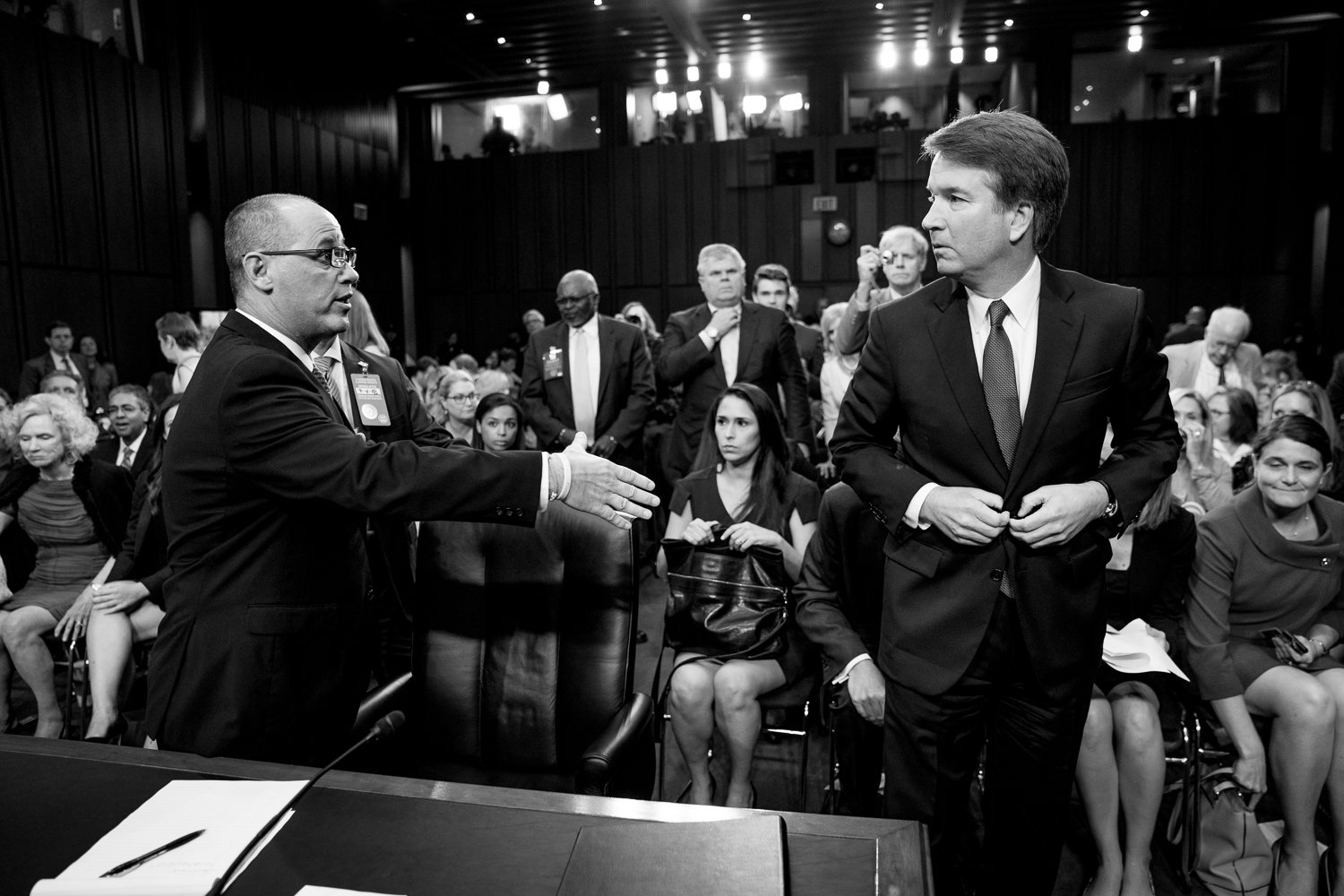 Fred Guttenberg, the father of Jaime Guttenberg who was killed in the shooting in Parkland, Fla., left, tries to shake hands with Donald Trump’s Supreme Court nominee., Brett Kavanaugh, right, during a lunch break. Kavanaugh did not shake his hand. (AP Photo/Andrew Harnik)

Guttenberg introduced himself and extended his hand to shake.

“My daughter was murdered at Parkland,” he said. (NBC Miami)

Kavanaugh looked him in the eyes, turned around, and walked away.

Just walked up to Judge Kavanaugh as morning session ended. Put out my hand to introduce myself as Jaime Guttenberg’s dad. He pulled his hand back, turned his back to me and walked away. I guess he did not want to deal with the reality of gun violence.

Actually, this is inaccurate. There were over 70 people removed during the time this picture was taken for hostile and disrupting protests. What many outlets failed to show is 2 seconds after this, secret service swept in and shielded the judge out the door.