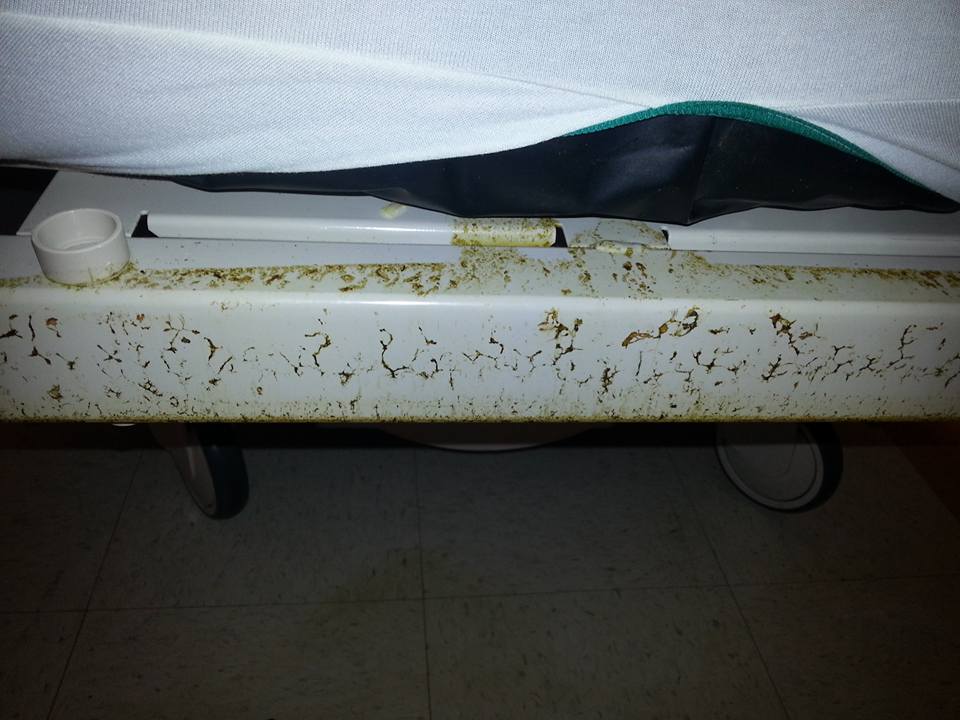 Gainesville (WTFF) – A customer at UF Health Shands Hospital found what seems to be feces on her bed and was told by two staff members that it was “rust.”

After both of the staffers shrugged it off, she put on her sanitary mask and searched for some help. Nobody helped. She decided to clean it up herself.

She wiped it off with a warm, wet washcloth and went up to the front desk with the murky brownish-green substance. 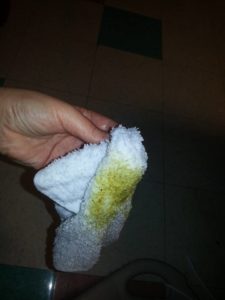 I took it to the guy that I showed the stuff too and I said “does this look like f****** rust to you?” and I put it right up to his face and I was like “go ahead, smell it!!” and when he saw me walk up at first he was like “oh god you don’t have your mask on” like I was a walking parasite. I came un fucking glued.

Her post has been shared over 80 times, and many helpful comments have already flooded in:

One suggests, “Taste it!” to make sure it’s really poop. Another says that it looks like C Diff. (Clostridium difficile), a highly contagious bacteria. Several Floridians recommended calling Morgan and Morgan.

Many others suggested speaking to a supervisor.